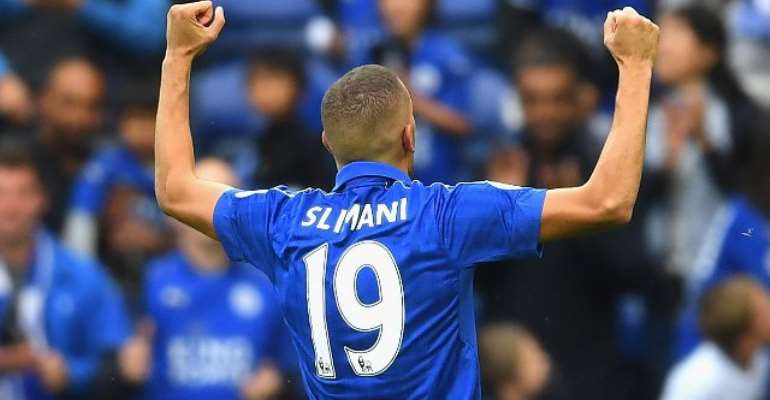 Islam Slimani made the perfect start to his Premier League career as he scored twice for Leicester in a 3-0 victory over Burnley.

The club's record signing, who joined from Sporting Lisbon for £29m, scored either side of half-time to provide the catalyst for the Premier League champions to stretch their unbeaten home record to 19 games.

Ben Mee scored a comical own goal to rub salt into Burnley's wounds as Sean Dyche's side have lost all of their away games in all competitions this season without scoring.

Along with Slimani, Leicester handed a full debut to goalkeeper to Ron-Robert Zieler, who replaced the injured Kasper Schmeichel, which broke his run of 52 consecutive league starts for the Foxes.

Sean Dyche decided to switch his formation for the visit to the champions with Jeff Hendrick making his full debut in a 4-5-1 formation, which saw Andre Gray play as the lone striker.

The Burnley dangerman was starved of service as Leicester's quality kept the Burnley back four on their toes in the early stages.

Michael Keane - a reported transfer target for Leicester in the summer - was key in keeping the hosts quiet for the first 25 minutes but Riyad Mahrez burst into life to test Tom Heaton with a low drive from a tight angle, which the goalkeeper cleared.

Burnley created little, but should have taken the lead on 37 minutes when Steven Defour headed straight at Zieler from 10 yards after a clever pick out by Scott Arfield.