Ronaldo, Bale out of Real Madrid’s visit to Espanyol 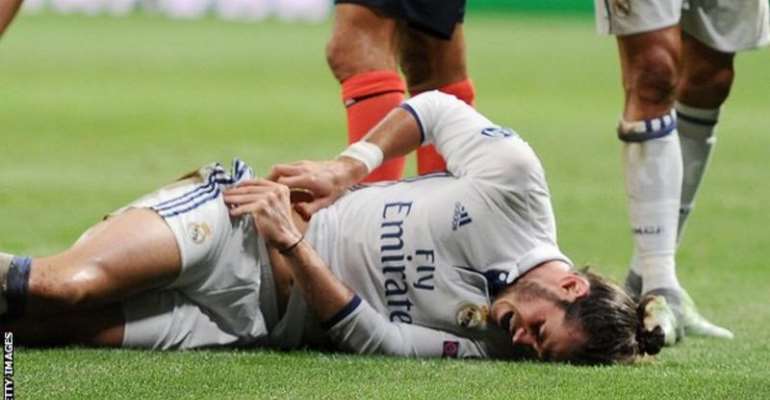 Bale picked up a hip problem in the 2-1 Champions League win at Sporting Lisbon on Wednesday.

It remains to be seen if he will be fit for Wales when they visit Austria on 6 October and host Georgia three days later in 2018 World Cup qualifiers.

Portugal international Ronaldo has been ruled out with flu.

“Cristiano will not travel with us, he has a sore throat and we’re not going to risk him,” Real Madrid manager Zinedine Zidane said.

“We have games every three days and we can’t take risks with such an important player. Bale received a strong knock to the hip on Wednesday and he’s not going to travel either.

“This is a group, we have important players so when a player has something wrong it’s better for someone else to come in and do well. We always have to think about the team.”

Real Madrid will be bidding to equal Barcelona’s record of 16 consecutive La Liga wins, set under manager Pep Guardiola in the 2010-11 season. when they visit Espanyol (19:45 BST).