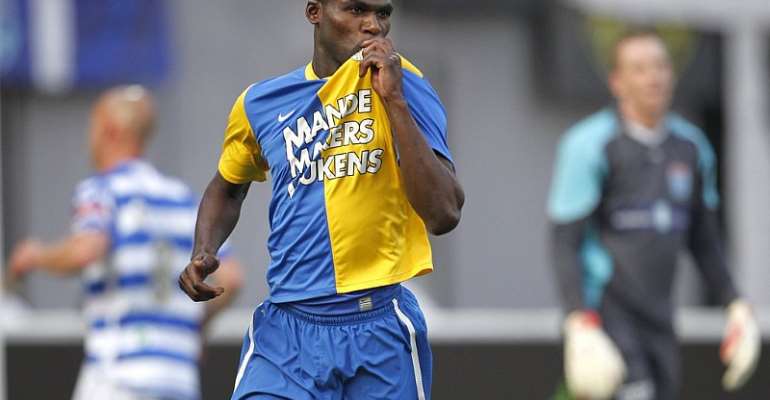 The 32-year-old scored in the 64th minute to pull even for the Yellow and Blues but NAC Breda eventually defeated his side 4-2 at their own backyard.

With Manchester City loanee Thomas Agyepong warming the bench for Breda, Benson tried to net his second goal of the game but his effort rattled the crossbar late inside the game.

The Accra-born featured for the Netherlands at youth level.