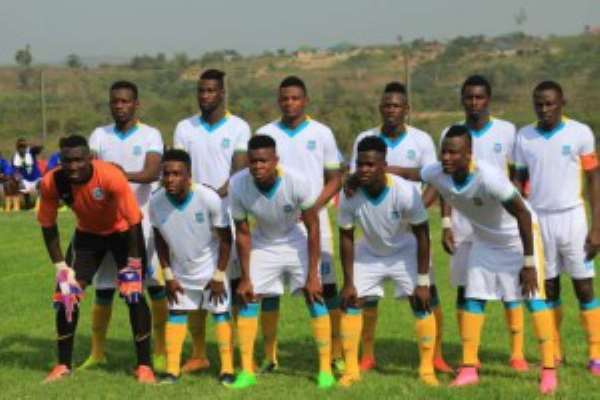 Medeama have congratulated Wa All Stars for clinching the 2015/16 Ghana Premier League title.

The Wa-based side needed a Saddick Alhassan penalty to secure a 2-1 win over Aduana Stars to emerge the new champions.

And Medeama have sent a congratulatory message to the Northern-based side for their 'enviable'feat.

"We would like to take this opportunity to congratulate the club president Kwesi Nyantakyi, management, technical staff, players and supporters for the enviable feat chalked this year," part of the statement signed by the club's Chief Executive James Essilfie read

"You deserve to be crowned champions in Ghana in the year under review following your electrifying campaign this year.

"You have shown that with commitment, dedication and hardwork, the sky cannot be the limit.

It's our outmost believe that you will continue to raise the flag of our country high as you venture into Africa next year.

We are confident that your club will be a good ambassador for our country as you participate in Africa's elite inter-club competition."

All Stars will be presented with the trophy and medals on Sunday when the play as guest of relegated Hasaacas in Sekondi.