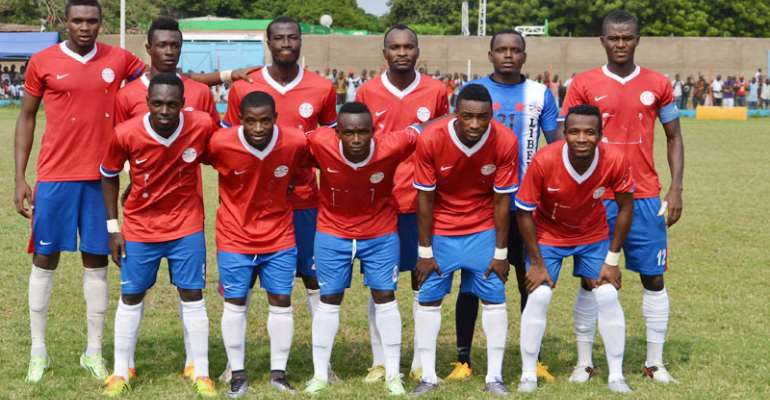 Reports reaching Ghanasoccernet.com indicate that players of troubled Premier League side Liberty Professionals boycotted training this morning ahead of their last clash with Bechem United on Sunday.

The players of Liberty are, however, expected to resume training this afternoon ahead of the crucial tie with Bechem United for a chance to enhance their stay in the Ghana premier League.

The club has been battling with the issue of unpaid arrears owed the players over a significant period and the playing body are infuriated by the inability of management to quickly respond to their demands.

Liberty need nothing less than a win for a chance to stay in the top flight and ahead of the final league match against Bechem, news about player agitation could be a major setback.

The source however stated the players are focused ahead of the match after management promised to respond to their plight.

"We might return to training this afternoon" said the source.