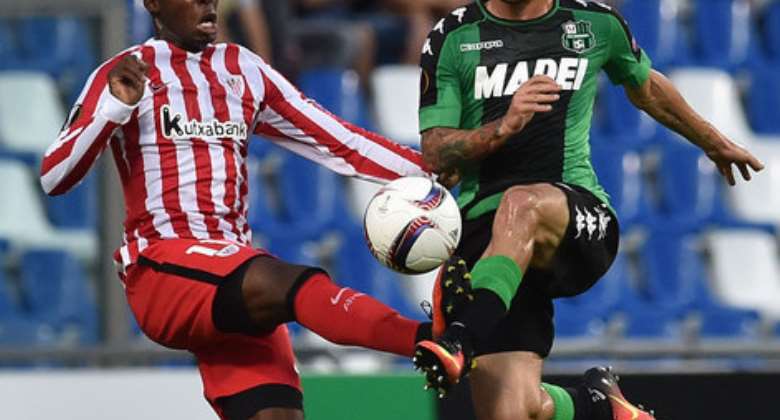 There were mixed results for Ghanaian players on the opening day of the Europa League Group stage on Thursday.

Striker Patrick Twumasi came off the bench in the 57 th  minute for FK Astana who lost 2-1 at Cypriot side Apoel Nicosia.

Italian side Sassuolo beat Spanish side Athletic Bilbao 3-0 at the Stadio CittÃ  del Tricolore in Reggio Emilia with Ghana midfielder Alfred Duncan coming off the bench in the 74 th  minute.

Inaki Williams was handed a starting role but was replaced after 54 minutes for the visitors.

Ghanaian teenager Timothy Fosu-Mensah was on the bench as Manchester United slumped to a 1-0 defeat at Feyenoord.