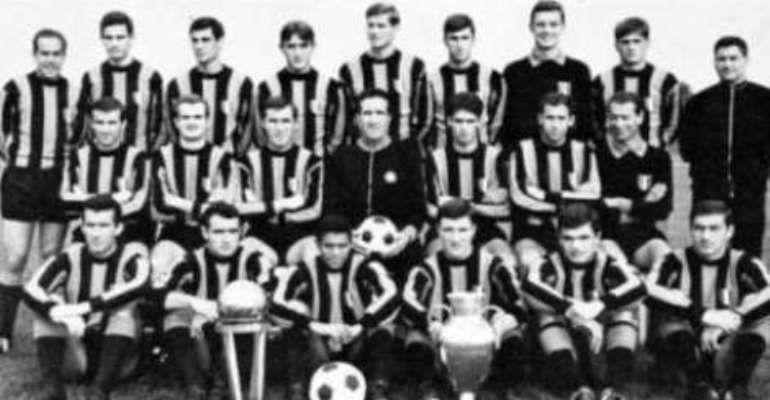 On 15 September 1965, Inter Milan won their second consecutive Intercontinental Cup, beating the same team they beat for their first one.

They won it the previous year over Argentina's Independiente, in both teams' first appearance in the competition. They split the first two legs before Inter clinched the title in a replay, winning 1-0 at the San Siro.

The same two teams met again in 1965. Inter won the first leg in convincing fashion, beating Independiente at the San Siro by the score of 3-0. At the time, the contest was decided on points, so an Independiente win by any score in the second leg would send the teams to another replay.

But under manager Helenio Herrera, Inter had mastered the defensive style known as catenaccio. And playing before a hostile crowd of 80,000 at La Doble Visera, they practiced it to perfection, shutting Independiente out for the fourth time in five meetings to claim their second title.

The 1965 victory was Inter's last appearance in the competition, while Independiente went on to win it in 1973 and 1984.