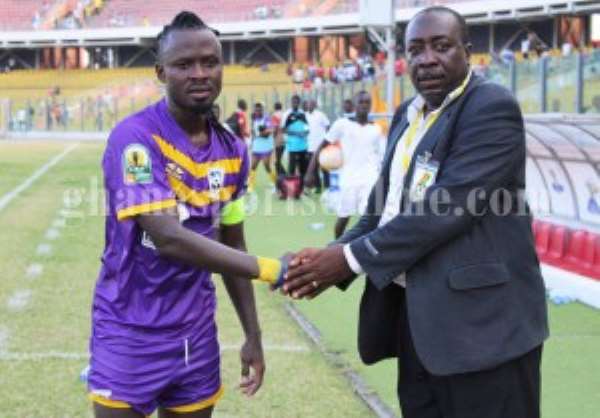 
Medeama captain Malik Akowuah was named man-of-the-match during his side's 1-0 win over Hearts in Accra.

The combative midfielder picked up the individual accolade after his impressive display at the heart of the park.

The former Ashantigold versatile man engineered his side fabolous performance against the Phobians in the capital.

Akowuah has been linked with a move to Congolese giants TP Mazembe.