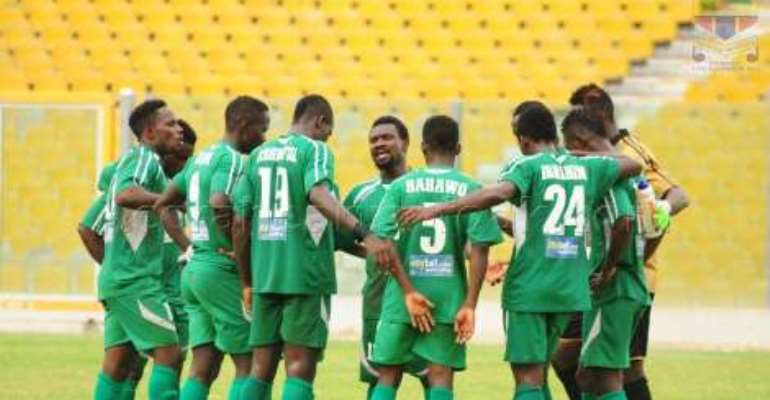 Premier League debutants, Techiman City crushed the survival ambition of fellow drop zone strugglers and traditional giant, Sekondi Hasaacas at the Nana Ameyaw Park with a 2-0 win in the penultimate match of the league.

Attacker Fataw Abdulman scored a brace to keep the Brong Ahafo side in contention to stay in the top flight but on condition that they avoid defeat in their last match away to Berekum Chelsea on Sunday and more importantly, pending on the outcome of other results.

Fataw scored his first goal in the opening minute and his second at the dearth of the game to condemn the Giants of the West to Division One. The manner with which City won made the victory more assuring and lasting in the winner takes all game.

The home fans trooped to the stadium to occupy every seat and space available to cheer on their team to the win. That spurred on their players to deliver a confident performance to outwit the visitors.

Hasaacas now join New Edubiase as the two teams confirmed for relegation with one more team to be known by Sunday.