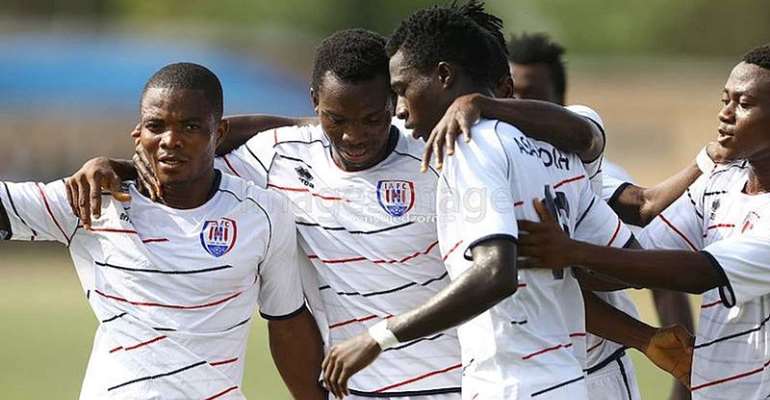 Frederick Boateng scored to earn Inter Allies maximum points at the expense of Liberty Professionals  at the Tema Park.

The Eleven is One side moved further away from the relegation zone with a crucial win over a resilient Liberty.

Frederick Boateng was the hero for the second game in a row as he claimed victory for Inter Allies with a cool finsih from the penalty spot.

The win puts Allies in good stead to escape relegation while Liberty following the defeat have themselves needing a win in their last match to confirm stay in the topflight.

Allies have moved up to 10th with 37 points while Liberty have dropped down to 13th.