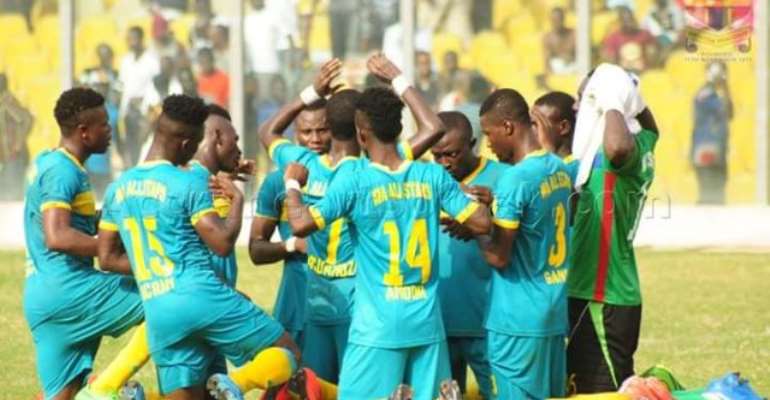 The Premier League title race is done and Wa All Stars have won the championship for the first time in their history.

The Northern Blues engaged, and beat, Aduana Stars 2-1 in Wa on Wednesday afternoon in a frenzied affair. Aduana were hoping to secure a second Premiership crown, following their first in 2009.

Wa All Stars were lying second on the league table on goal difference before the game, although they had the same number of points, 48, with Aduana.

All the Wa side needed was a win since they had a better head-to-head against Aduana Stars, winning their duel in Dormaa in week two of this season's campaign.

Wa All Stars scored first scored through Paul De Vries Asare only for Bright Adjei to level. But before the equaliser, Wa All Stars had the chance to go ahead through a penalty, which they missed.

Elsewhere, there were three red cards in the game between Dwarfs and already-relegated Edubiase, which saw the Cape Coast side win 5-1.

Another goalfest happened in Obuasi, where the were three penalties awarded in a 5-3 thriller.

Hearts of Oak's title ambitions were finally crashed as they succumbed to a lone goal defeat in Accra to Medeama.