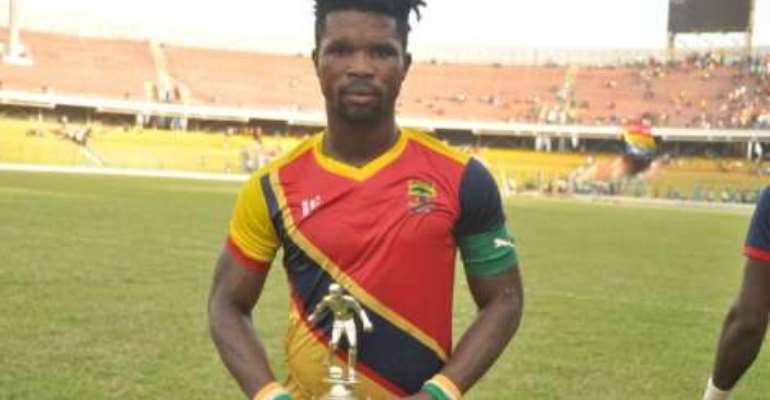 Ivorian player Robin Gnagne nears Hearts of Oak exit as the club has confirmed the player has gone AWOL.

The Phobians are fighting to keep the stalwart defender as his contract is expected to run out at the end of the ongoing campaign but according to the Phobians, Gnagne has a clause in his contract which mandates him to sign another year.

'Robin's contract is such that it's not just simple as people may think. We enter into a two-year contract and because he was expecting a foreign transfer, we agreed that he does one and in case he doesn't travel outside he extends by another year,' Hearts' administrative manager Hackman Aidoo told Graphic Sports.

'He was not training and at a point he complained of some injuries and people even thought he was faking it so he was not making himself available for games and, before we realized, he was out of the city and we didn't even know where he was.

He continued: 'We have spoken to his manager and I got to know that he will be back in Accra today [Wednesday]. But whatever it is, when you get a copy of the contract you will realize that he can't just walk out of Hearts of Oak like that because we all agreed for two years and we put it in the contract that, since he was expecting to move out, should he fail to move out the contract will automatically renewed for one year.'