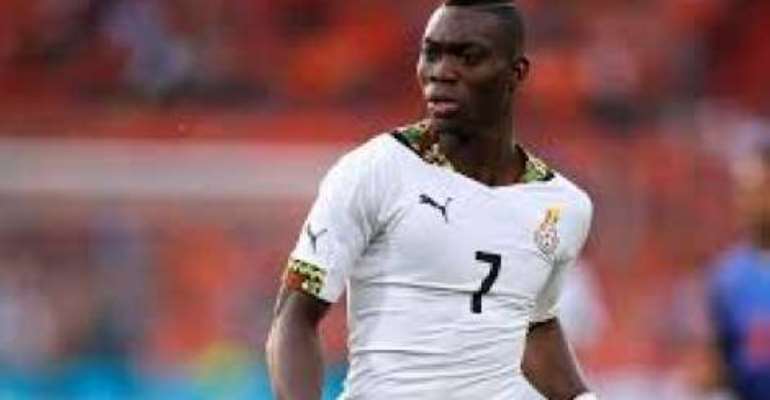 Ghanaian midfielder, Christian Atsu made his Newcastle debut as a 61-minute substitute when the visitors cruised to a 0-6 victory against Queens Park Rangers at the Loftus Road on Tuesday night.

Christian Atsu was thrown into the game in the 61st minute to replace Yoan Gouffran and had a hand in Aleksandar Mitrovic's fifth goal for Newcastle United.

It was the sixth straight win by Rafael Benitez's side to stay second on the league log.

Jonjo Shelvey put Newcastle in the driving seat in the 30th minute, before Ayoze Perez doubled the lead after the half-time break.

Shelvey struck the third goal for Newcastle and Ayoze Perez made it 4-0 in the   56th minute before Smithies also had to tip a Mitrovic header on to the bar but, after Clark headed number four from Ritchie's corner and Mitrovic made it 5-0 after good work by Christian Atsu.

Before Grant Hanley completed the onslaught in the 63rd minute.