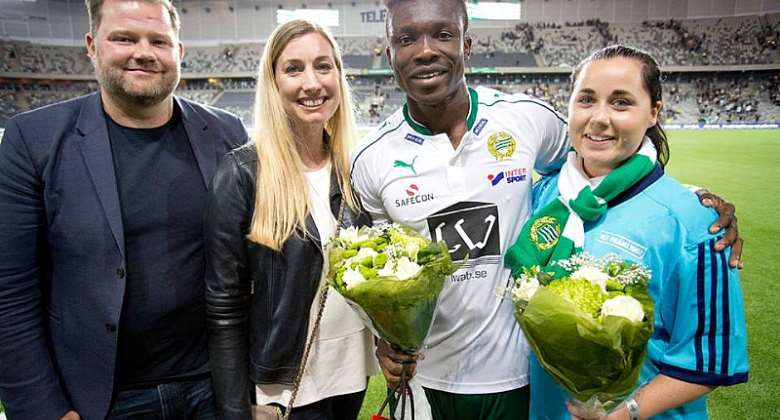 Ghanaian youth defender Joseph Aidoo was awarded the man of the match award after his scoring performance for Hammarby in their 1-1 draw with Orebro in the Swedish top-flight league on Monday night.

The 20-year-old defender scored his maiden goal in the Swedish league in the 69th minute of his second home game in the Greens colours and emerged as the most valuable player of the game.

Aidoo, a former Inter Allies player, earns the accolade for the second time in his Hammarby career.