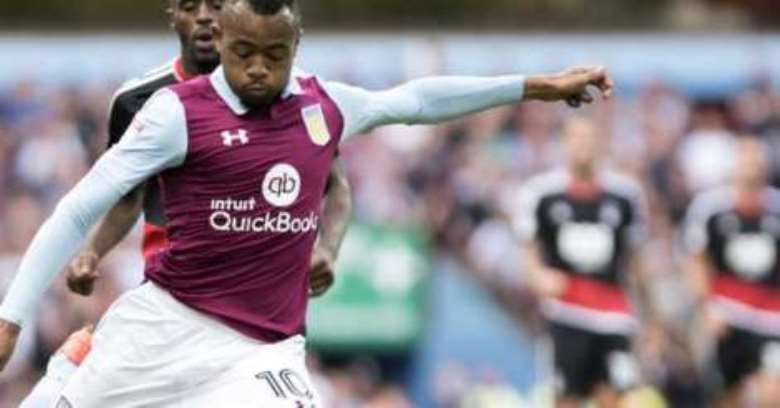 Jordan Ayew has been praised by an Aston Villa legend Ian Taylor following his man of the match display over the weekend.

Ayew had a hand in both Ross McCormack and Rudy Gestede' goals, as Villa settled for a 2-2 draw against Nottingham Forest

'Jordan Ayew was our shining light. He caused problems coming inside,' Taylor said.

The Ghanaian international was linked with several clubs after Aston Villa were demoted to the Championship, but Roberto Martinez put the not for sale tag on his head and succeeded in keeping him in the team.