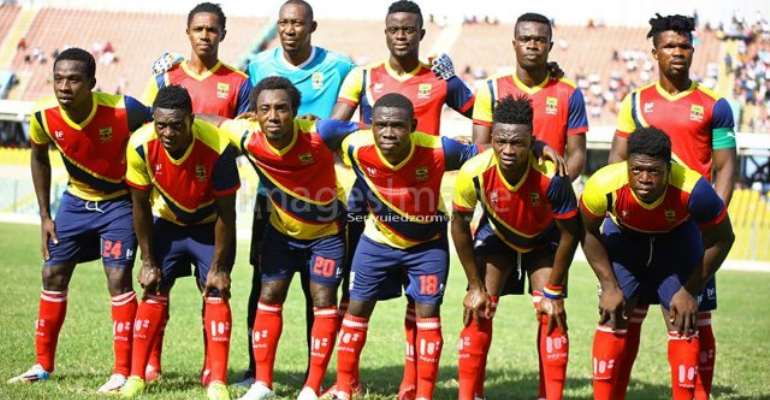 5 Home wins
2 Away win
1 Draw
18 goals
Hearts of Oak secured all three points at home for the first time in three attempts as new coach Yaw Preko got off to a winning start.

The Post-Traguil era started on a bright note with Togolese international scoring the all important goal to move Hearts up the log and put them in good stead to snatch the title away from top two Aduana and All Stars. 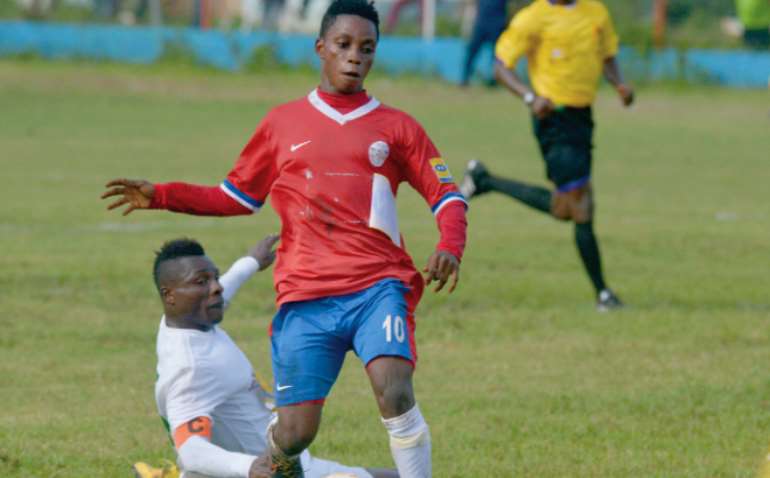 Latif Blessing scored an eye-catching finish to lift Liberty Professionals further away from the relegation zone and as well ensure All Stars relinquish top spot to All Stars. The youngster recovered in time to make the squad after hopping off training on Thursday and made the difference.

He connected a cross with his head in the 26th minute to hand Liberty full spoils. All Stars will have to count on winning last two games to win the title.

Asante Kotoko's hopes of winning the title this season all but ended following the stalemate at Medeama.Eric Donkor scored a stunning free kick to give the Porcupine Warriors the lead but with less than ten minutes to the end, Bismark Oppong fired into the net the equalizer.

Aduana Stars proved the league title is still within their reach after hammering regional rivals Techiman City 4-0. Lead striker Yahaya Mohammed was in terrific form as he opened the scoring but subsequently squandered a spot kick. However, CNN goal of the week winner Bright Adjei doubled the lead before Daniel Darkwah and Derrick Sasraku scored the third and fourth respectively.

Elsewhere at the Essipong Stadium, Sekondi Hasaacas crawled from behind to claim a 2-1 win over West African Football Academy in the Ghana Premier League on Sunday.

Frederick Boateng scored the only against Dreams FC to Inter Allies survival hopes a shot in the arm. The Eleven is to One put up a fine performance to claim a maximum points.

At the Golden City park, goals from Stephen Owusu and Abubakari condemn Ashgold to sixth defeat of the season.