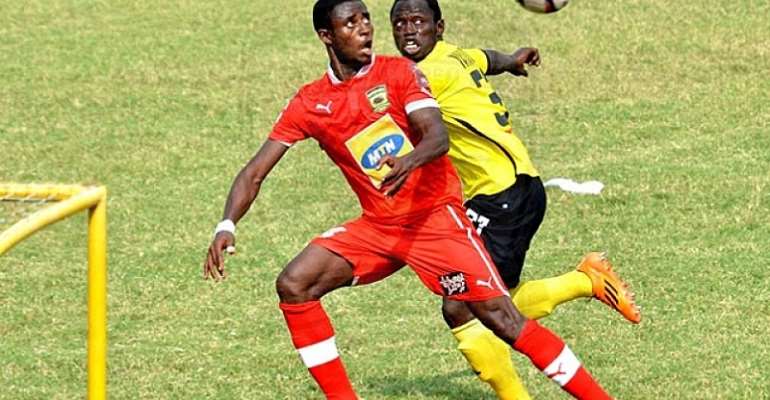 Asante Kotoko have been handed a massive boost ahead of their clash with Medeama SC as defender Ahmed Adams and midfielder Kwadwo Poku return from injury.

Ahmed trained with the team from Monday while Kwadwo joined them on Thursday to prepare for the clash.

Poku has been injured for the past three weeks keeping him out of the team's last three matches while Adams has been out since Kotoko's clash with New Edubiase in Bekwai.

Adams has been very influential for the Reds and his absence has seen coach Osei using captain Amos Frimpong as a make shift.

His return will give Michael Osei options at the back while Kwadwo Poku offers midfield options as Stephen Nyarko is set to miss Sunday's game.

Kotoko are eager to make an impression in their final three matches having lost valuable points in most of their games this season.