Ahmed Toure: I am looking forward to next season with so much excitement with Bechem United 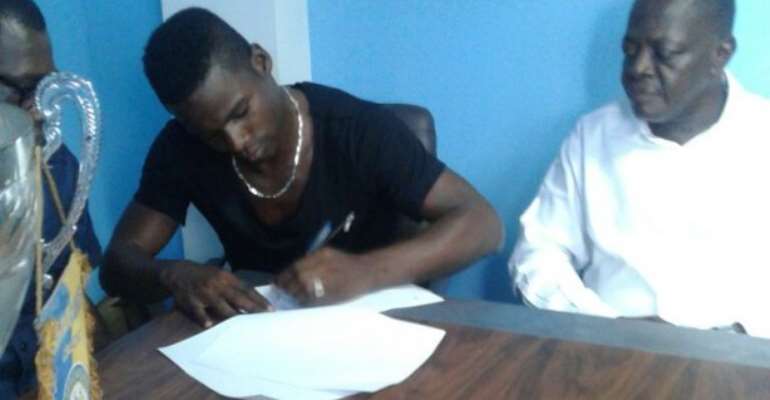 Bechem United's record signing Ahmed Toure says he is looking to spearhead the clubs domestic challenge and their continental ambitions next season.

The highly talented yet controversial forward signed a two year deal with the MTN FA Champions in what is a strong statement of intent from the club.

Toure netted 12 goals for Asante Kotoko in the 2014/2015 Ghana Premier League season and assisted four goals as the RED ARMY finished second to AshGold on the league table.

'I am excited to have signed for Bechem United and I am hoping for a professional working relationship,' Toure told Accra based Citi-fm

'I want to help the team do well in the league and also help in the CAF Confederation Cup.'

'I am already looking forward to next season with so much excitement.'

I will disappoint any MMDCE who doesn't live up to expectati...
49 minutes ago