Avram Grant looks at positives in Ghana's defeat to Russia 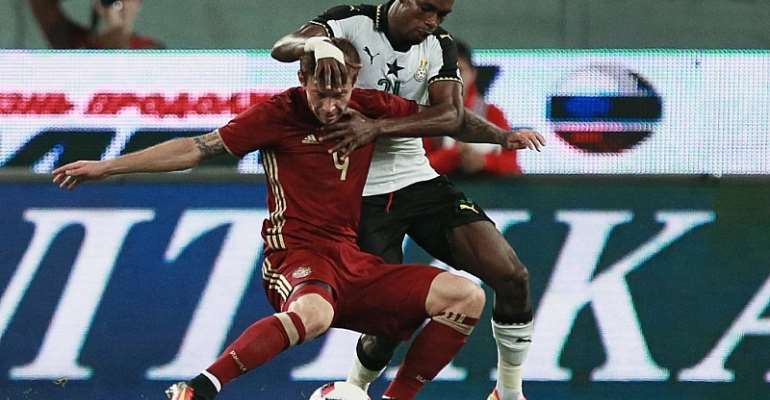 Ghana coach Avram Grant is drawing positives from the team's 1-0 defeat to Russia on Tuesday in a friendly international.

The Black Stars, who missed the services of key players Asamoah Gyan and Andre Ayew, gave a good account of themselves were unlucky not to have equalized.

Christian Atsu struck the crossbar in the first half and Frank Acheampong also came close to scoring.

"We dominated both the first and second half against Russia but unfortunately we conceded a goal from a counter-attack," Grant said in a post-match interview.

"But this is football, for us, it is a friendly game. Good game for us to learn things from."

He added: "We played without three key players. I am sure we can play in another game without them. We could have scored in the second-half and in the first-half.

"We hit the bar on one occasion and I admit we played against a very good side in Russia."

Ghana's next assignment is against Uganda at home on 07 October in the 2018 FIFA World Cup qualifiers.