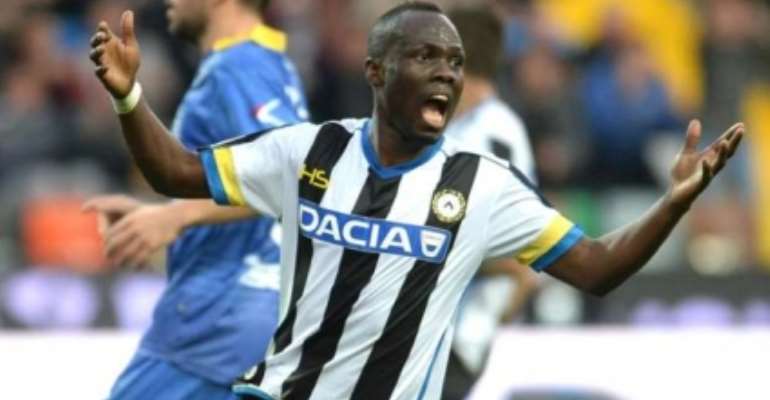 Udinese star Agyemang Badu says his side will not be able to win the Italian Serie A this season as they attempt to position the team in a better position than last season.

The Ghana midfielder admits that champions Juventus are in a better position of winning the title with the quality they have compared his Udinese side.

'It will be difficult to compete with Juventus and I don't think the players they are signing is even because of the Italian Serie A.

'The players they have can do the work and I think they are concentrating more on the Champions League,' Badu told Class FM.

'They will always remain favorites to win the league and what they have shown in the last five years really tells that.

I know for 100 percent they will win the league but I want my brother Kwadwo Asmaoah to win the Champions League,' Badu added.

Badu can boast of 93 appearances for the Italian side scoring 10 goals in the process.