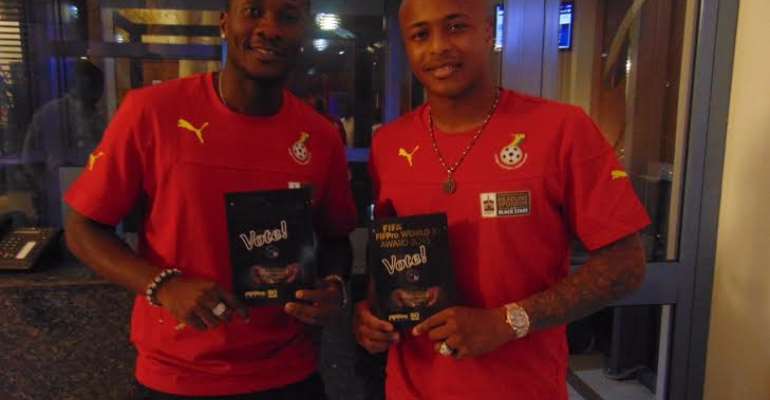 Black Stars is expected to change greatly with the return of Asamoah Gyan, Andre Ayew and perhaps Kwadwo Asamoah for the World Cup qualifiers.

Avram Grant would be pleased to have the trio return for the crucial qualifiers which begin in October.

It was evident in the last two matches against Russia and Rwanda with the team feeling the absence of captain and deputy.

Both conspucuosly missed the test matches but are very likely to return for the opener against Uganda in less than four weeks. Gyan was invited but later excused to focus on club matters after sealing a loan deal to Al Ahli couple of days to the Rwanda match.

Ayew, on the other hand is nursing an injury sustained in his debut match for new club West Ham, however, remains positive of recovering in time.

For fit Kwadwo Asamoah, who has not featured for the national team in two years, The Israeli trainer thought it best not to invite him as the Juventus ace works hard towards reaching 100 percent.