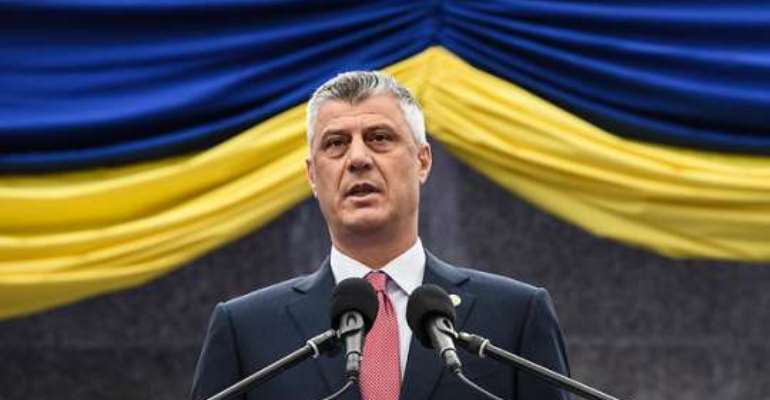 Belgrade, Sept. 6, (GNA/dpa) - Celebrations went on late into the night in Pristina after Kosovo made a successful debut on the international football stage.

President Hashim Thaci hailed the country's "new heroes" after a first point gained in a competitive international match in a 1-1 draw in Finland in World Cup qualifiers.

On the streets and in bars, people rejoiced in the troubled region on the Kosovo's immediate impact. "You are the best," Thaci said.

Many newspapers on Tuesday printed pictures from the dressing room of the happy players from the fledgling football nation.

"Generations of players feel so proud after decades of isolation. And the best of our country is yet to come!" Thaci wrote on Twitter.

Kosovo had been working towards this since even before their declaration of independence from Serbia in 2008. The mostly Albanian former province was accepted only on May 13 as 210th member of football's world governing body, enabling it to start the 2018 World Cup qualifiers in Group I.

Prime Minister Isa Mustafa for one is convinced it was the right decision and one which enriches international football.

"We have proven ourselves as a valuable team in international competitions," he said.

Hero of the night was Valon Berisha, who with his goal from the penalty spot in the 60th minute equalized Paulus Arajuuri's opening goal for Finland in Turku.

"It's a very good feeling. I've dreamed of scoring a goal for Kosovo," the 23-year-old RB Salzburg midfielder said.

Until a few hours before kick-off it was not clear whether the Kosovo's first scorer in a competitive match would even be allowed to play.

Like many of his team-mates, Berisha, who also has Norwegian citizenship and played for Norway, had applied to FIFA to change nations. Clearance for 16 players, who had developed their international careers with other countries, eventually came.

The media in Kosovo agreed it was a game the newcomers could have won. They had more shots on target and also hit the post.

Nevertheless goalkeeper Samir Ujkani was keeping his feet on the ground.

"While we have shown that we can play football, we also know that we have made mistakes," he said. "We are still a young team."

Next up for Kosovo is a home game against Croatia on October 6, to be played in Shkoder, Albania.

Radio Gold, XYZ, others yet to receive re-authorization lett...
32 minutes ago