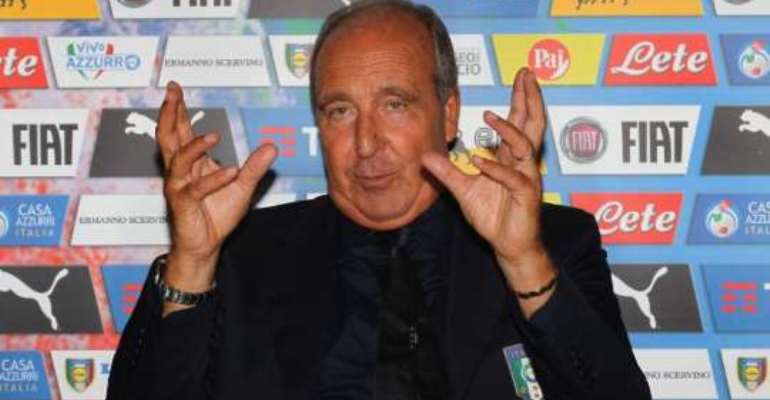 Rome, Sept. 6, (GNA/dpa) - The balm of victory comforted Italy at the start of their World Cup quest, leaving new coach Giampiero Ventura pondering the positives and negatives of a squad he is set on renovating.

Winning 3-1 with 10 men at gritty Israel Monday helped Ventura forget a debacle by the same scoreline in a friendly against France when he made his debut since taking over from Antonio Conte.

In Haifa he fielded none of the three newcomers he tested against France, finding reassurance from strikers Graziano Pelle and Ciro Immobile, who came on to close the game, while in-form winger Antonio Candreva got the second goal from the spot.

But the veteran coach was again disappointed by a traditionally reliable defence, which, as against France, had its weak point in Giorgio Chiellini.

As he did against France, the Juventus centre-back misplayed several passes, and lost a challenge ahead of the opponents' goal - a classy lob from Tal Ben-Haim marking a temporary 2-1 - before being sent off in the 55th minute dismissal following a second booking.

Ventura glossed over the poor performance from the Italian champion, telling Sky TV that "Chiellini makes two mistakes every five years and now that his allotment is over I feel safe as houses."

Among the positives was midfielder Marco Verratti from French champions Paris Saint-Germain, who is approaching top form after a long lay-off and fitted well as playmaker in Ventura's 3-5-2 formation.

"Lots of people have said he can't play in that role but instead he showed that he is a player of substance," Ventura said.

There was praise for the coach's choice to keep two players up front, replacing Eder with Immobile in the 70th minute, as his squad struggled to contain Israel's thrust.

The Lazio striker rewarded his former coach, who trained him for two seasons at Torino, with a great counter-attack goal seven minutes from time.

"I am very happy, also because there is a special bond between us on a personal and a professional level," Immobile said. "I owe him a lot; the goal was the least that I could do."

Comments were geared toward the next game in Group G, a showdown at home to Spain, who hammered Lichtenstein 8-0 and are set to vie with the Azzurri to avoid second place, which can still qualify through a play-off.

"Ours is a tough group," Immobile said. "Only one side will go straight through so we have to win and not drop points."

The game on October 6 in Turin could already say a lot on the race for first place as the other teams in the group, also including Albania and Macedonia, have little ambitions to qualify.

"We have to keep working on the things the boss is certain about," Candreva said.

"It can be that you're not in top physical condition at the start of the season. We know that the Spain game will be difficult. But with hard work, determination and humility we can make things difficult for anybody."