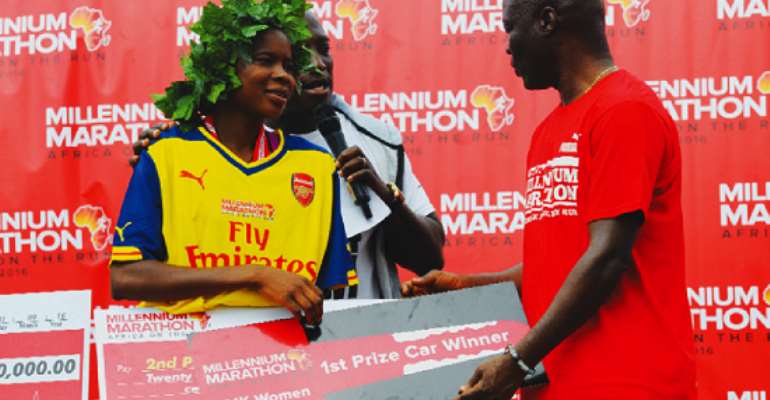 Two Kenyan marathoners, George Wayaiki and Peninah Kigen made history by winning the second edition of the Millennium Marathon which took place in Accra, Ghana on Saturday, September 3, 2016.

The running duo maintained their nation’s reputation as champions in long distance running as they cleared the winner’s prizes, but it was Ghanaians who drove away the two brand new Peugeot salon cars as runners-up in the men’s and women’s races.

The two Kenyans dominated the race involving over 7,000 local and foreign runners, including para-athletes riding in wheel chairs, as they battled for the mouth-watering prizes or participated in the 5km event for families, corporate bodies, keep fit clubs and runners who just wanted to engage in exercise for the fun of it.

Wayaiki, 25, crossed the finish line in a time of 1:05:24 hours while Peninah completed the 21km race in 1:18:42 hours to the delight spectators at the Black Star Square.

However, there was a lot of cheers for Ghana’s running princess Sakat Lariba and popular Malik Yakubu when they crossed the finish line as first runners-up in their respective races to guarantee for themselves two new Peugeot cars plus GH¢25,000 each.

For 24-year-old Wayaiki, who lost to Ethiopian Terefa Debele in last year’s competition, the experienced he gathered from the maiden event enabled him run a tactical race last Saturday as he paced himself well along the 21-kilometre stretch before breaking away in the last three kilometres.

Former Ghana marathon queen, Millicent Boadi, and 2011 Milo Marathon champion, Arkuka Williams, who finished second and third in the female and male divisions in the maiden event, failed to improve upon last year’s performance as they placed fifth and eighth respectively.

In a post-event interview, 25-year old Peninah, who has participated and won many international competitions told the media she did not struggle to win her division because she had prepared several months ahead of the competition.

“I am very happy to win this competition today because I prepared for almost three months. It was not a difficult race for me because I have been doing this all my life,” the Kenyan said.

Colombia’s Andres Camilo Camargo finished in fourth position in the men’s event to take home a cash prize of GH¢10,000 and a medal.

An equally interesting race for the day was the 5 Kilometers event for corporate runners, sponsors and Keep Fit Clubs. 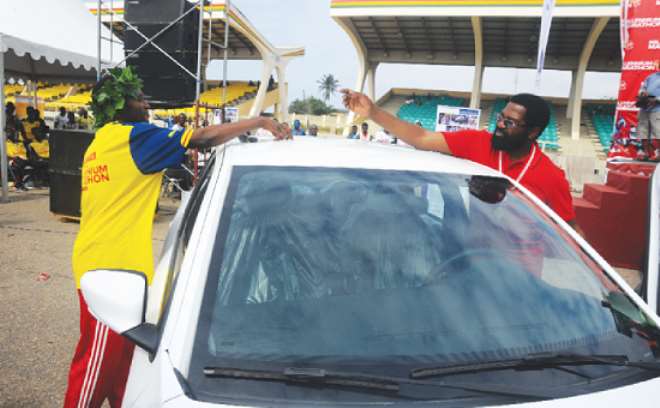 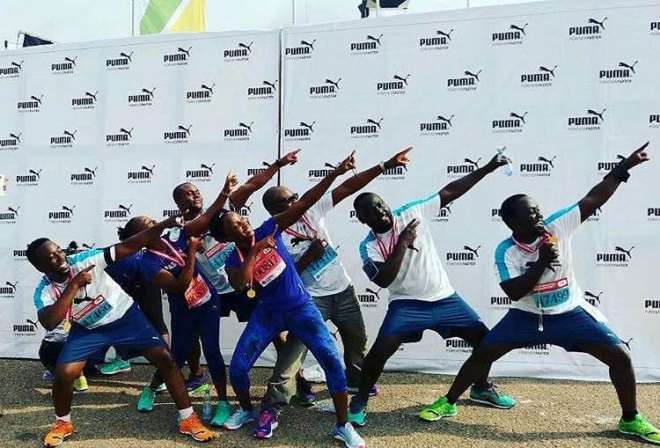 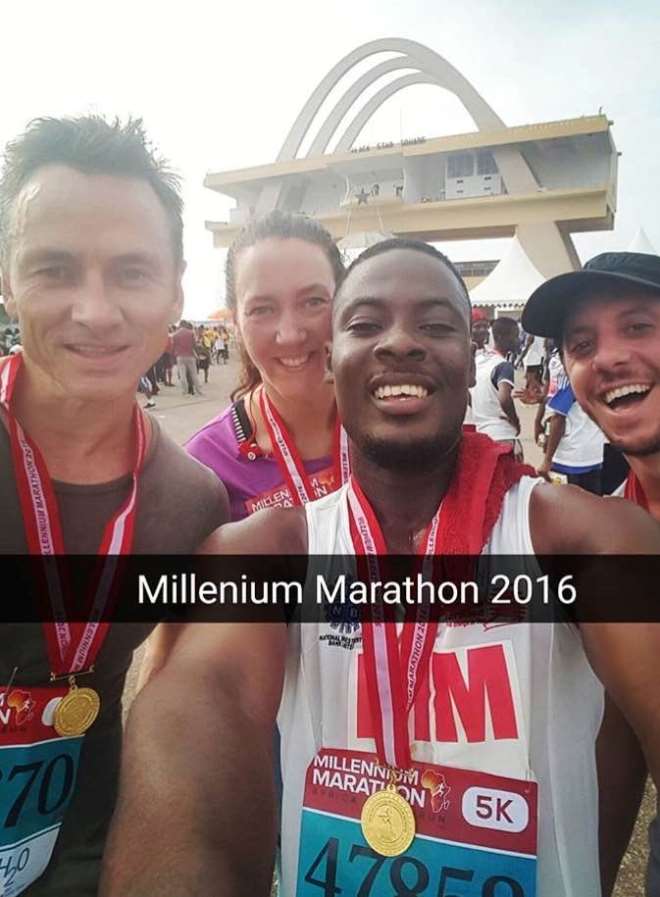