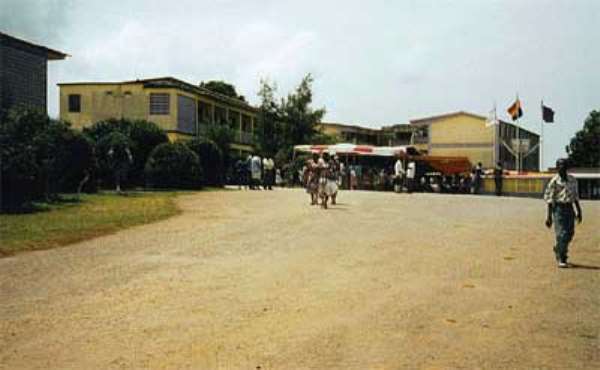 Cape Coast, Feb. 7, GNA - Three records were smashed in the 63rd Inter-houses athletics competition of the Aggrey Memorial Zion Secondary School at Cape Coast on Saturday. Robert Eshun of Enchil House broke the Javelin record with a throw of 43.80 metres to smash the old record of 34.90 metres set in 1998. Shadrack Owusu of New House made a new record in the high jump with a leap of 1.79 metres to shatter the old record of 1.77 metres set by Frank Aidoo of Casford House in 2004. Miss Adu Ampoma of New House put her name in the record books with a throw of 25.20 metres to beat the old record of 25.10 metres in the girls' javelin event. In the overall results, Watson House placed first with 100 points followed by Enchil House with 89 points Pinanko House third with 82 points with Casford House taking the fourth position with 40 points. In the Girls' division, New House took the first position with 110 points with Lucille Segbefia House placing second with 105 points while Katherine Aikins House came third with 75 points.
Robert Eshun of Watson House was adjudged the best athlete. He came first in shot putt, discuss and javelin events, while Miss Leticia Arthur of Lucille Segbefia House won the best Girls athlete award. She came first in the 800, 1,500 and 3,000 metres races.
Mr Kwesi Appiah Danquah, Headmaster of the school in his closing remarks, commended the athletes for their good sportsmanship and high-spirited performances that ensured the games were incident-free.
He appealed to the athletes to take their training seriously to enable them win more laurels for the School during the forthcoming Inter-Schools zonal athletics competition.