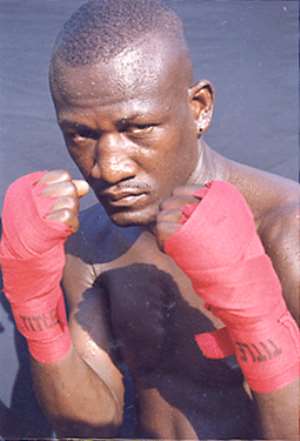 Lock (14-2-1, 10 knockouts) won when the referee halted the bout at the Orleans Hotel and Casino because of a cut over the right eye of Baba.

The cut was as the result of an accidental head-butt in the third round.

The cut worsened to the point where Baba couldn't continue.

There were no knockdowns.

Virus pushes US hospitals to the brink, India hits record ne...
7 minutes ago