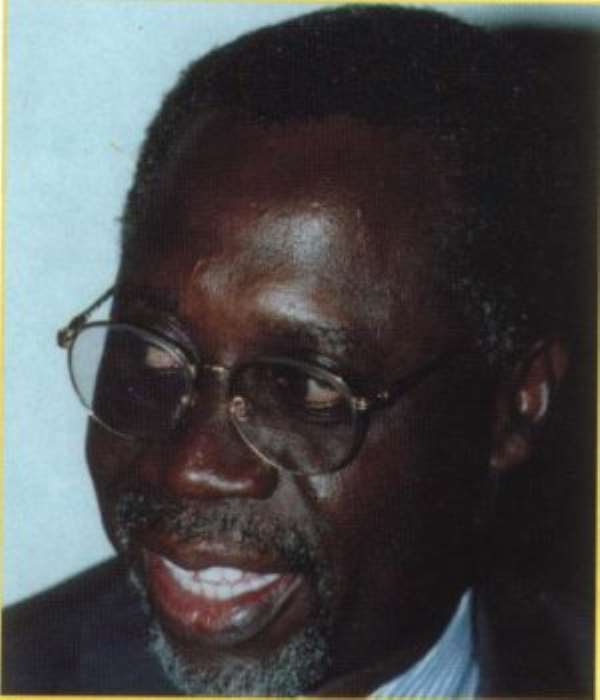 Accra, Jan. 21, GNA - Mr Yaw Osafo-Maafo, Minister of Education and Sports designate said on Friday that qualifying for the 2006 World Cup to be staged in Germany would be the "biggest birthday cake for the country".

He said Ghana stood a good chance of making it to Germany if the Black Stars were able to win at least three of the remaining five matches.

Two of the matches - against Burkina Faso and Uganda - would be played in Ghana while the Stars will trek to play DR Congo, South Africa and Cape Verde Islands.

Ghana celebrates its 50th anniversary of independence in 2007.

The former Minister of Finance told the Appointments Committee of Parliament during his vetting that the country ought to exploit every available means to enable the Stars to win the two home matches and at least beat Cape Verde to book a place for the 2006 soccer showpiece. He said it was possible to easily beat Cape Verde since Ghana had an admirable pedigree in soccer on the continent.

The minister-designate expressed regret that soccer had overshadowed the other 26 sporting disciplines under the National Sports Council and recalled that in 1961 three of his colleagues at Achimota School were part of the national hockey team that ruled the continent. He said it was a shame that a discipline like athletics, which had produced some great sportsmen and women, had fizzled out and said it was necessary to initiate a programme to prop up the other sporting disciplines to appreciable levels.

Mr Osafo-Maafo said while soccer remained the country's number one sport, it was also important to raise the level of the other disciplines by investing in them.

He said sports were a big business and that there was the need to shift from the old paradigm of treating it as leisure into the corporate world as the only way of progressing.

The minister also advocated the "catch them young" policy where talented sportsmen and women with huge frames were recruited and natured to become national stars.

He said the diminutive nature of our footballers in particular as compared to the huge frames of the Nigerians and the Cameroonians had contributed to "our demise".

Mr Osafo-Maafo also touched on the need to build stadiums and put in place the necessary infrastructure facilities as a sure way of putting the nation's sports on a higher pedestal.

Provide evidence to prove your preposterous, xenophobic comm...
8 hours ago

We're happy for not bowing to Justice Anin Yeboah and his Ad...
9 hours ago