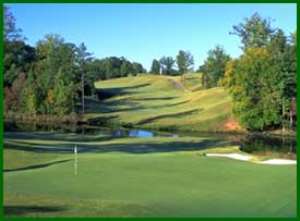 Accra, Jan. 19, GNA - The Tema Country Golf Club is bracing itself up for a crunch one-day competition dubbed the "Lady Captain's Prize" to re-enact what has become a tradition in bidding farewell to out-going captains.

Auntie Essie Cobbina would be stepping out as the lady captain of the club after Sunday, January 30's competition having occupied that position for the past after two years.

And in what has become a tradition, crack golfers from the Celebrity; Achimota and Bok Nam Kim Golf clubs would be battling it out for honours before an expectant crowd.

Mr Ebenezer Adablanu, Chief Executive Officer of the Tema Country Golf told the GNA sports that Essie Cobbina will be handing over to Elizabeth Essel Koomson after the 18-hole stable ford competition.

Cobbina who won the Ladies event of last December's Afriwa Invitational Competition with 69 net is expected to have a stiff challenge from her runners up Florence Etwi-Barimah who came second with 70 net and Valentine Manteaw, winner of the third spot on countback. Also expected to blaze the trail are Mona Captan, Elizabeth Quartey, Maria Ben-George and Betty Allotey, all from the Achimota Golf Clubs. Owusu-Adjapong, Minister of Parliamentary Affairs and president of the Tema Golf Club, Frank Adu, Robert Allotey, Alex Fiagomey, Kweku Okyere are some of the high-profile male golfers expected to thrill the fans in that category.