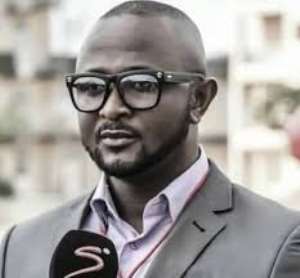 The confirmation comes after a presentation of the GBSA to PUMA by its President Yaw Ampofo-Ankrah in March 2016. This was followed by a visit and inspection tour of the Laboma beach soccer arena by PUMA officials who had come to launch the PUMA School of Speed in Accra.

Simon Holthaus; the Germany based Marketing Manager for the PUMA brand said their eyses were caught by the GBSA appeal, which is why they felt the need to look into it more seriously and to eventually approve it.

The full extent of the sponsorship agreement is expected to be announced in the coming days. It is however confirmed that teams featuring in the maiden GBSA Unity Cup would be the first beneficiaries of the package.

That competition is slated to kick off on Friday July 1, 2016 at the Laboma Beach Soccer Arena and will feature teams representing each of the coastal regions in Ghana.

It is worth noting that the GBSA league only kicked off in 2011 and then in 2013, the Ghana national team - Black Sharks - was assembled for the first time. So this PUMA deal is quite a major boost for the fastest growing sport in the country.

To find out more about the sport in Ghana and its growth, search the GBSA President on Facebook by name: Yaw Ampofo Ankrah or follow him on Instagram: @Nanayawampofoankrah