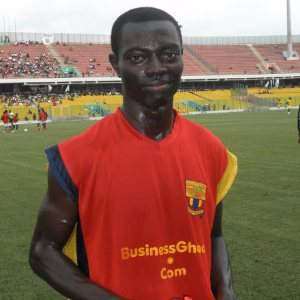 The tragic incident happened onMonday afternoon after he was rushed to the hospital.

The University of Ghana graduate had two seasons for the Phobians where he became one of the mainstays of the team before leaving for Etoile du Sahel in Tunisia.