'Only a miracle can save Hearts' - Schmidt 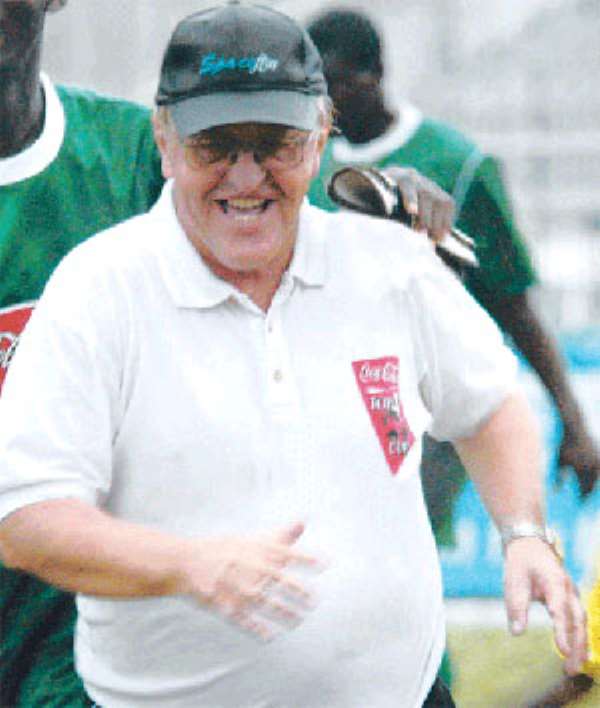 German coach Hans-Dieter Schmidt says his Asante Kotoko side will overcome Hearts of Oak in the second leg of the Confederation Cup final on Sunday. After securing a 1-1 draw against Hearts last weekend in the first leg of this all-Ghana decider, Kotoko are heavily tipped to collect the trophy in their own Kumasi backyard.

Asante have grounds for optimism with a record of five wins and one draw en route to the final while Accra-based Hearts have won only once in six away outings.

German coach Hans-Dieter Schmidt is convinced his 'Porcupine Warriors' will use home advantage to overcome the 'Phobians' and unleash wild celebrations.

"We have a precious away goal after an excellent first-leg performance and only a miracle can save Hearts in Kumasi.

"We have a big chance to become the first holders of the Confederation Cup," said Schmidt.

"I have warned my 'Warriors' not to be complacent and lose concentration.

"We had the first leg wrapped up only to be deprived of a deserved victory by a defensive lapse with seconds left."

"My boys don't see this match as an away fixture because we are comfortable playing in Kumasi.

"Once we score to cancel the away-goal advantage Kotoko hold, the battle will be on.

"We know where the team went wrong in Accra. I need to strengthen my midfield and make my strikers sharper and swifter.

"Our dream to be the first winners of the Confederation Cup is very much alive," insisted Attuquayefio."

Despite confident comments from German coach Hans-Dieter Schmidt during the build-up to the second leg, Kotoko fans are taking nothing for granted.

That victory atoned for losing both legs against Hafia of Guinea in the 1977 decider.

Security will be tight for a game expected to attract a capacity 50,000 crowd to the Garden City with up to 1,400 police and military personnel on duty to prevent trouble.

Criminals of today are not stupid, they now taking advantage...
2 minutes ago

Ghana has enough grounds to terminate Sputnik-V procurement ...
22 minutes ago