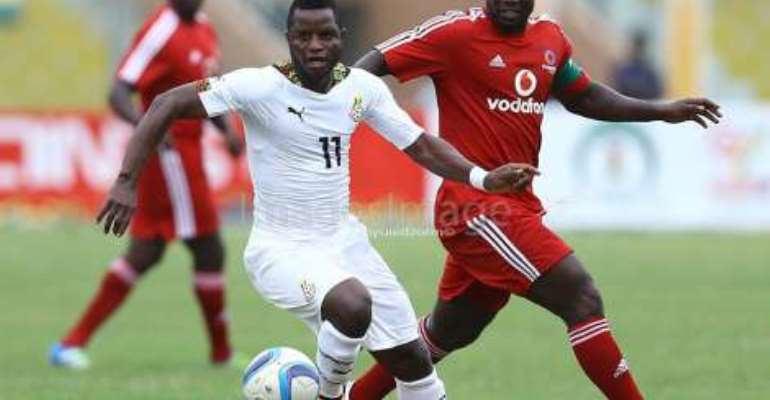 Two second half goals from substitute Ebenezer Assifuah and a goal from Thomas Partey and Alfred Duncan were enough to secure a win, though Sulley Muntari and Yakubu Ayigbeni scored twice in quick succession.

Black Stars dominated from the onset but were unable to find breakthrough as Richard Kingston kept his net safe.

Atletico Madrid midfielder Thomas Partey shot the Black Stars into the lead after connecting a cross from Frank Acheampong.

Alfred Duncan gave the Black Stars a two-goal cushioning by scoring the fourth.

The game which was used to promote Peace ahead of the November general election saw a host of World stars parade at the Accra Sports Stadium.