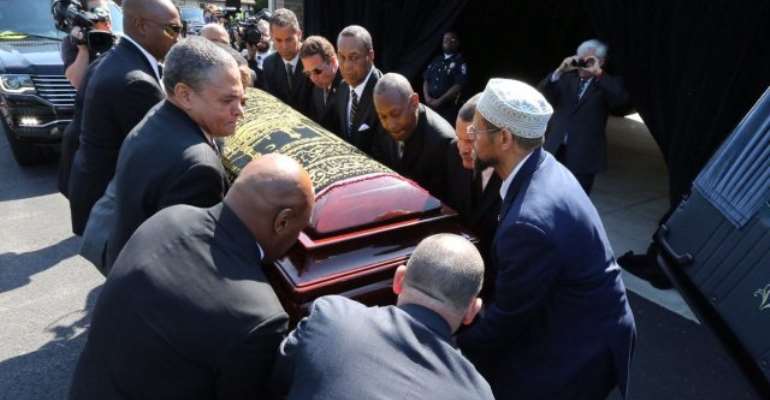 Rousing tributes have been paid to boxing legend Muhammad Ali at a memorial service in his home city of Louisville, Kentucky.

Ali was buried in a private ceremony attended by friends and family.

Watch photos of his final journey: 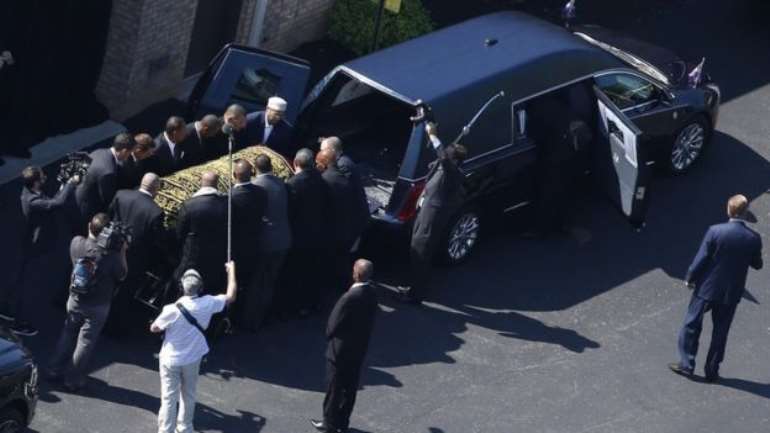 The pallbearers, including Mike Tyson and Will Smith, loaded the coffin into the hearse for the procession 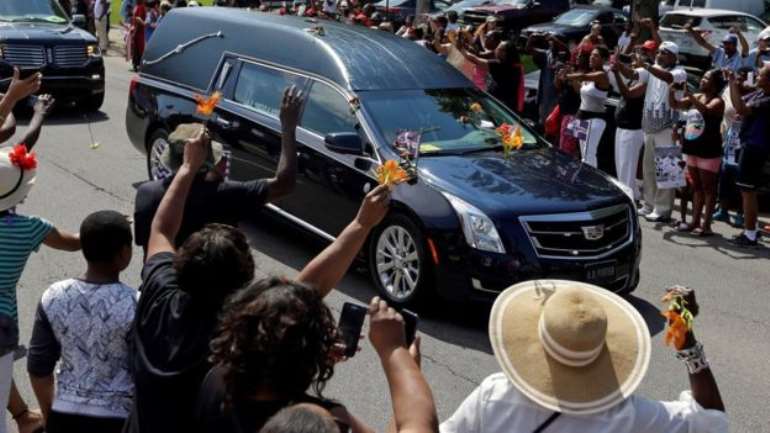 Well-wishers threw flowers onto the hearse 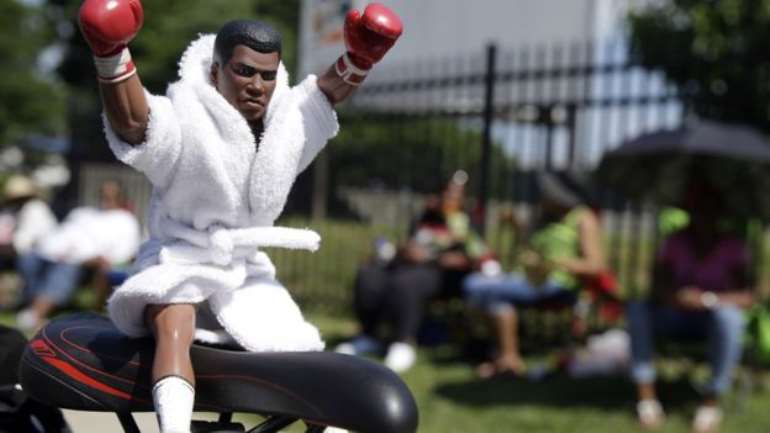 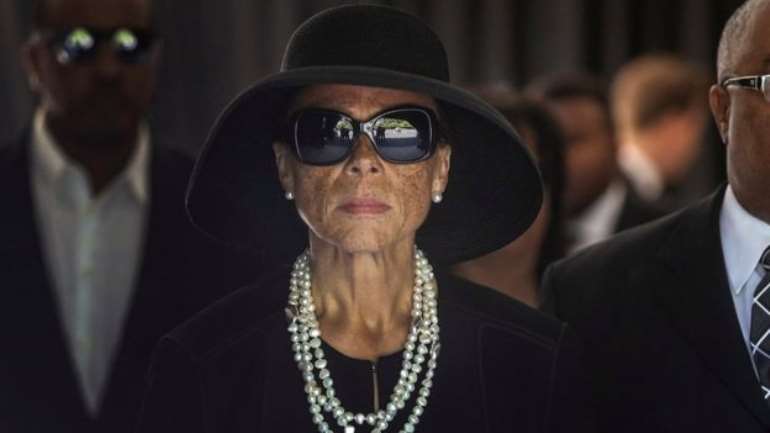 Lonnie Ali, Muhammad's wife, said her husband rewrote the rules he didn't like 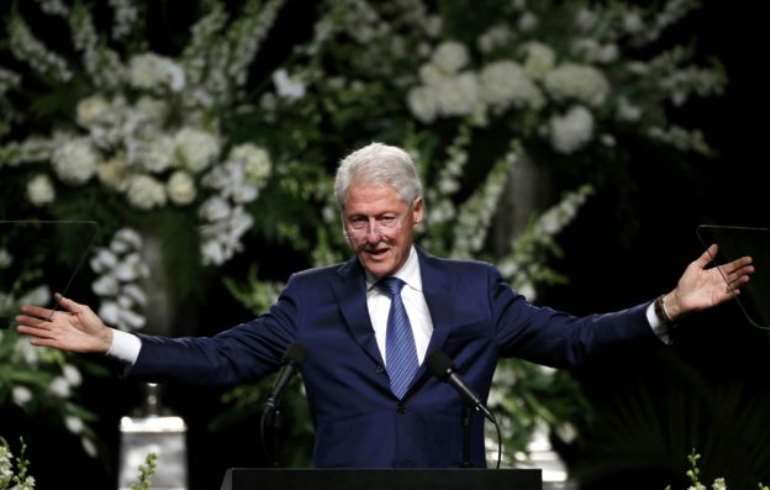 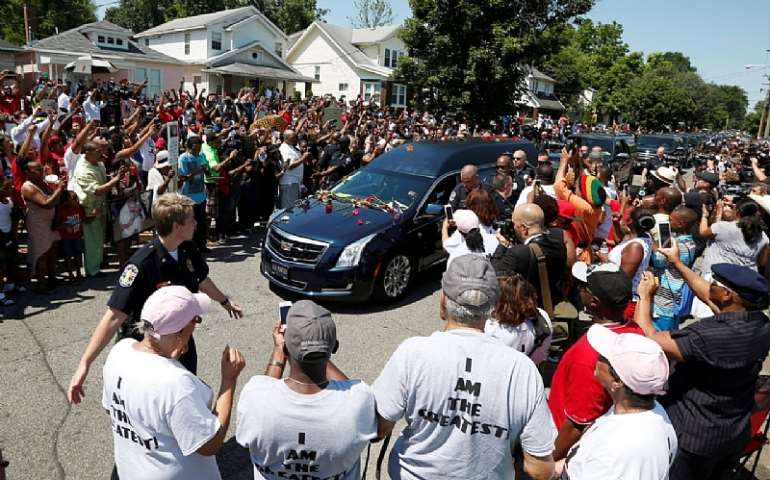 Well wishers paid their last respect to the Greatest 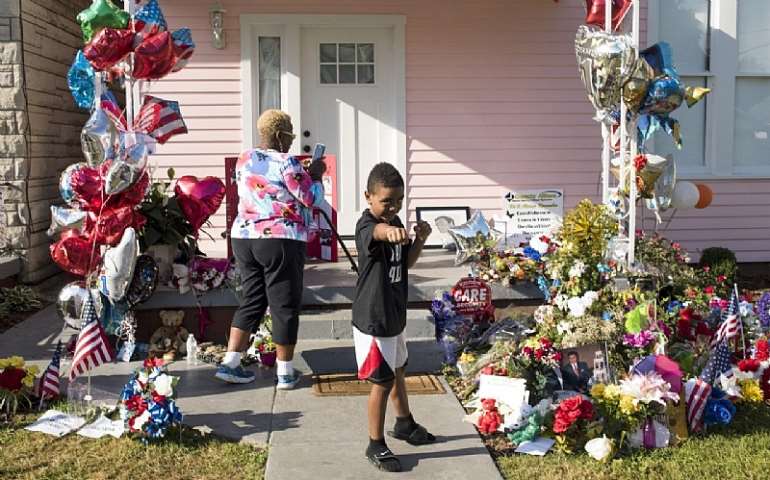 Kentucky passing his childhood home (pictured) on Friday afternoon, thousands of people filled a sports arena for a memorial 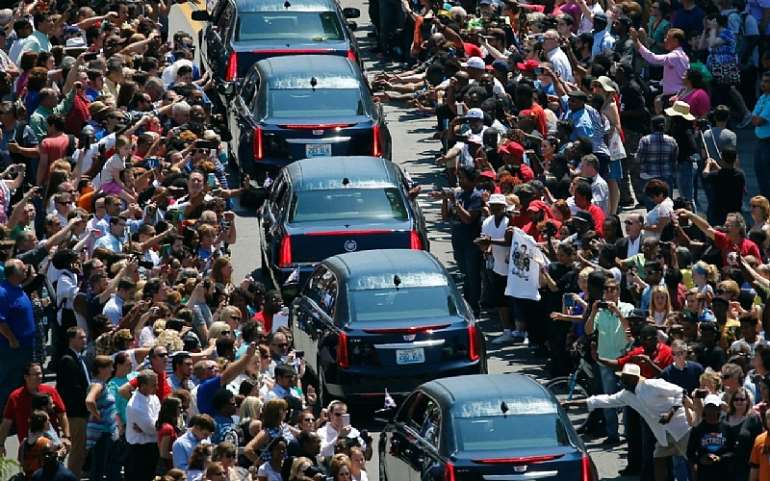 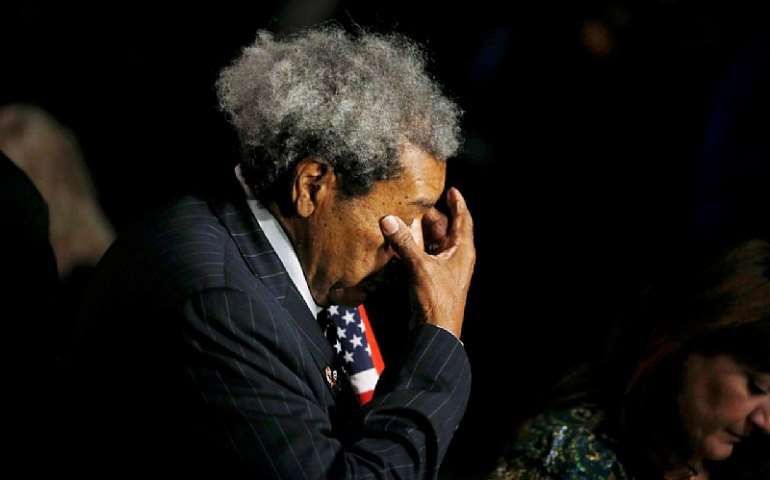 Promoter Don King wipes his eyes during the service which saw 15,000 people hear from speakers including Rasheda and Maryum Ali, two of the late boxer's daughters 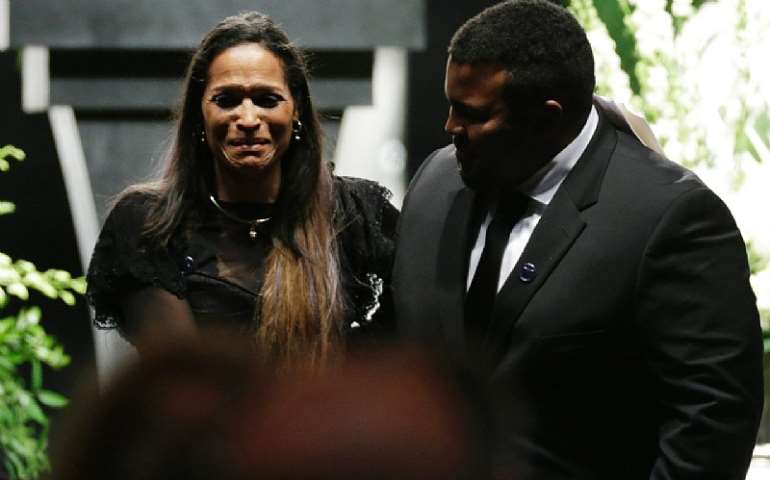 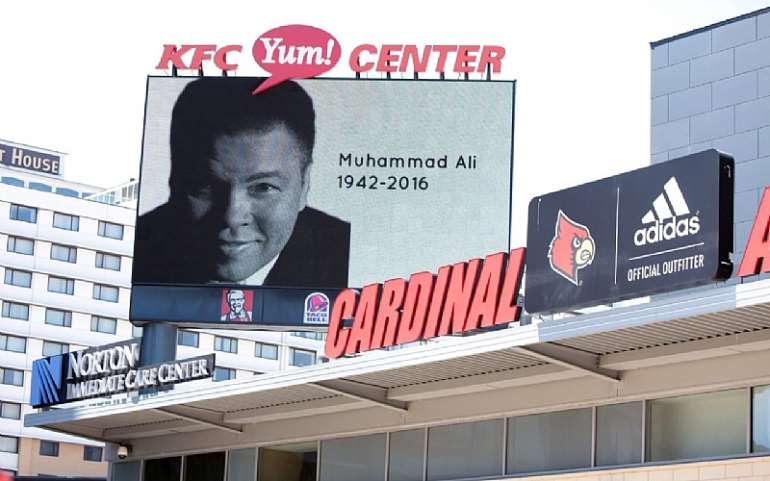 The KFC YUM! Centre in Louisville where the memorial service took place on Friday night 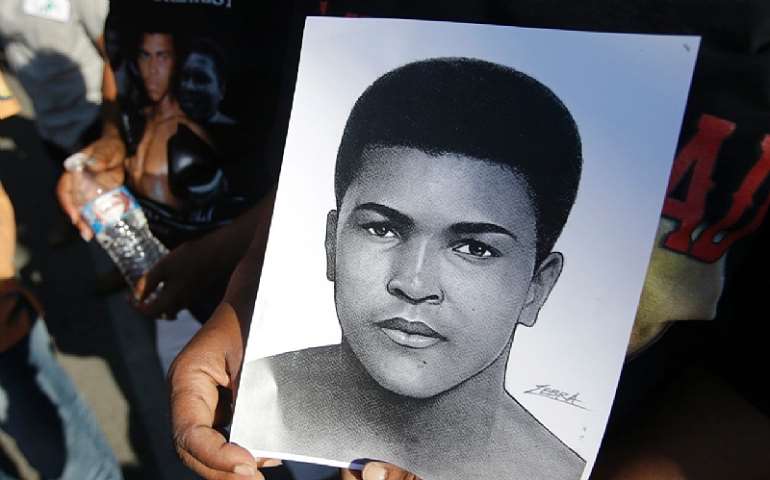 A mourner holds a photo of Ali, as she waits for the procession to pass with the hearse carrying the body of Ali