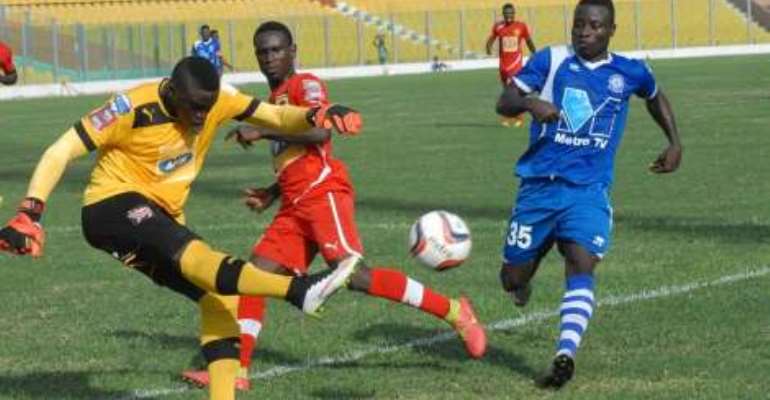 Dethroned Asante Kotoko goalkeeper, Eric Ofori Antwi has set sights on reclaiming the first spot in the Porcupine Warriors set up having lost the position early on in the season to Ernest Sowah.

After conceding two goals in the second league game of the season against Medeama SC at the Baba Yara sports stadium, Antwi was dropped for Ernest Sowah in the next league match and he has since gone down the pecking order as third choice goalkeeper, behind Felix Annan who regained full fitness.

The former Amidaus Professional shot stopper was the record Premier League champions' first choice last season, and he is targeting a return to the post soon.

"It's been difficult but i think the other goalkeepers are also good. We are all working hard to help the team," Antwi said after the Vodafone Unity match against the World XI.

"I am working hard and it is just a matter of time, I hope I can get the opportunity one more time and keep my place in the first team." He said.

Ofori Antwi joined Asante Kotoko after a stupendous performance in the 2013 World Youth Championship in Turkey where Ghana finished third.