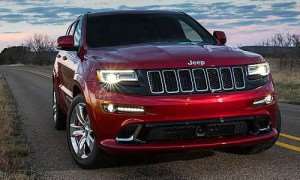 
Tough-talking Ghana's sports minister Nii Lantey Vanderpuije could be set for another warpath with the FA after claiming he will demand how Grand Cherokee Jeeps were distributed to the Black Stars after the 2015 Africa Cup of Nations.

The legislature, who appears to have a fractious relationship with the Ghana FA, wants to know how the vehicles were distributed.

The 23-players and other officials were handed the Jeeps following their silver-medal feat at the continental showpiece in Equatorial Guinea.

But it appears key technical figures including the team doctor and welfare manager were left out - a claim which has infuriated the recently appointed new sports chief.

He is demanding answers  seeking to know the beneficiaries of the vehicles.

'I have been made aware of the situation and I intend to write officially to the GFA to explain the modalities in the distribution of the vehicles,' he said.

'This is because I don't understand why the coach, assistant coach and goalkeeper's trainer will receive cars and other key members of the technical team like the team doctor and welfare officer is left out.

'In their [GFA] explanation, if I find that other members who are not as important as the team doctor and welfare officer received the vehicles, I will ensure that it is returned to these key technical team members.'

Tanink Ghana Limited donated a 30 Grand Cherokee Jeeps to the Black Stars team in appreciation of their impressive performance at the 2015 AFCON where Ghana lost in the grand finale on penalties to Cote d'Ivoire.