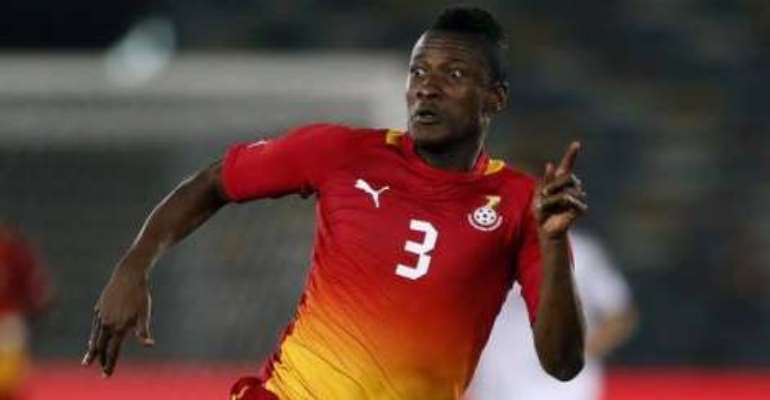 Speaking to Kumasi-based BOSS FM from his base in China, the 30-year-old goal poacher laughed off the reports and hinted that his Chinese club needs him though he did not rule out a return to the English Premier League.

'It is not true that Chelsea have made my club an offer neither has the club told me that my services are no more needed', he emphasized.

'I was only informed by friends and colleagues that I was close to joining Chelsea per stories on the internet but I told them that I have not heard anything. It can only be true when it is a done deal. I don't work with internet stories. It is about negotiations and it is the work that I do. If any club shows up and my club agrees and I also agree personal terms with them, which is possible though, that is only when I can say a deal has been reached. Until that is done, I laugh off internet stories', he elaborated.

In a related story, Asamoah has appealed to all Ghanaians to keep supporting despite their grievances.

'All that I would tell Ghanaians is that we thank them for their prayers and support to ensure our AFCON 2017 qualification. I would like to urge them to keep supporting us during our matches and put the past behind behind them and support us with their prayers because I am hopeful as time goes on, as we go to Gabon, we would try and win the AFCON trophy'.