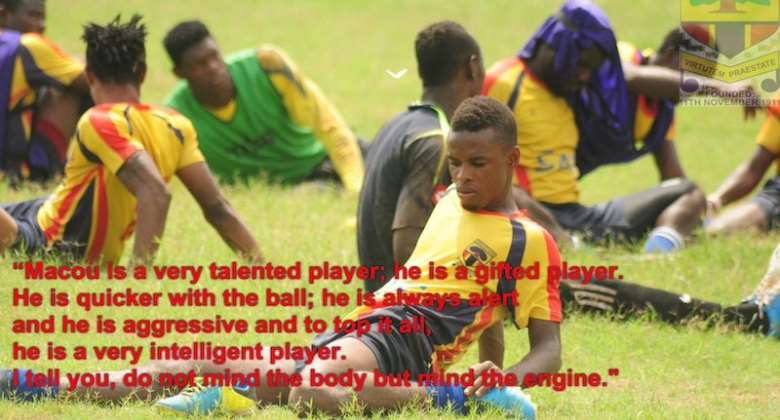 Badu has been registered for the second round of the Ghana Premier League.

He is among three new recruits for the second half of the season alongside Kassenu Ghandi and Patrick Razak.

"Macou is a talented player; he is a gifted player," Abugri said.

"He is quicker with the ball; he is always alert and he is aggressive and top it all, he is a very intelligent player.

"I tell you, do not mind the body but mind the engine."