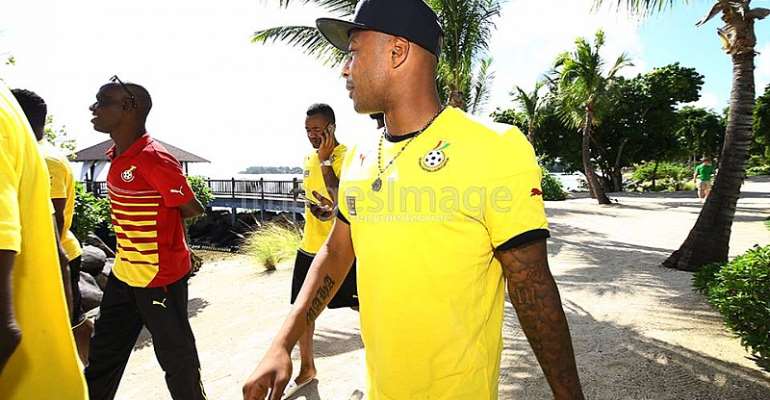 Ghana deputy captain Andre Ayew is positive the Black Stars will excel at the 2017 AFCON tournament in Gabon following the West African giant's qualification on Sunday.

The Swansea City star was on target with the opening goal in 71 minutes as the Black Stars clinched a vital 2-0 win in Port Louis on Sunday.

Ghana reached the final of the last edition in Equatorial Guinea in 2015, losing on penalties in the final against neighbours - Ivory Coast.

Ayew who excelled on his English Premier League debut with Swansea City draws positives from the qualification.

"It was a great victory for us and a big motivation to the AFCON tournament. We worked hard and won," he told reporters after the game.

The 26-year-old captained Ghana into the game following the absence of Asamoah Gyan who missed the game with injury.

Ghana joins giants Algeria, Morocco, Cameroon and Egypt who have all booked their places for next year's finals.