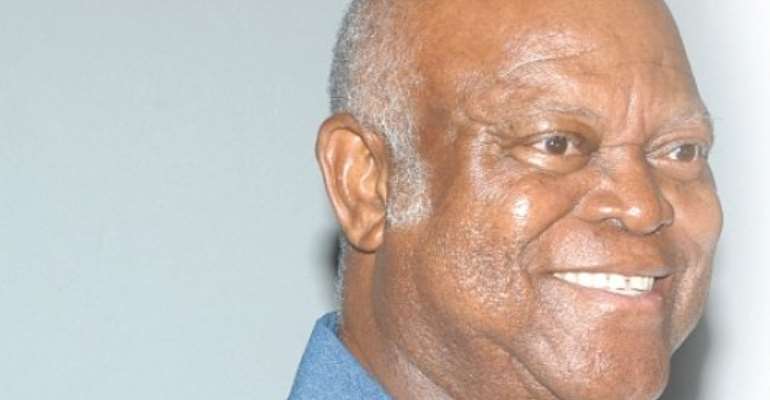 Legendary former Ghana FA chairman Ben Koufie is confident the Black Stars will reach great heights but insists the national team will only attain that if they continue to fight.

Koufie who was part of Ghana's Africa Cup of Nations winning squads as player and later a coach has been making these strong predictions from his sick bed.

The former Ghana and Zimbabwe Coach, has had two surgeries in the past few months and is expected to have another in the next fortnight.

He made these predictions hours before the national team take on Mauritius as they seek a place at the 2017 Africa Cup of Nations in Gabon.

In a brief interview with Joy Sports at the SSNIT Specialist Hospital in Accra, Ben Koufie  with a rather cheerful smile said "the Black Stars is my team. I have always been a footballer and will remain a footballer till death."

The former Zimbabwe Manager, said the flag of Ghana is very important for Ghanaians - the reason why high performance is required of the team every time. "They shouldn't get complacent when matches are won. Rather they must fight on and on till Ghana gets to the topmost heights of world football," he told this writer.

The Black Stars look forward to completing the AFCON 2017 qualifying campaign against Mauritius away on Sunday needing only a point to seal a place at the football showpiece in Gabon.

Mr Ben Koufie affectionately called Uncle Ben, played for Ghanaian clubs Cornerstones and Ebusua Dwarfs and got to the opportunity to feature for Black Stars in the 50s. After training adequately he started off his coaching career and this took him through clubs like Ghana's Asante Kotoko, Great Olympics, Akosombo Akotex, Cote d'Ivoire's Africa Sports.

The 83-year-old also served as Chairman of the Ghana FA between 2001 and 2003. Before that Mr Ben Koufie had served the Botswana FA as it Technical Director for nine years.