Redemption at hand for Egypt after qualifying troubles 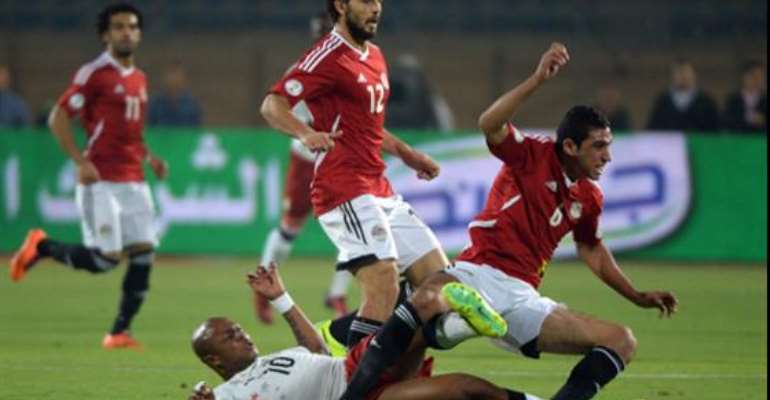 Egypt are within a point of finally qualifying for the African Nations Cup again after a lengthy absence for the tournament's most successful team.

A draw away to Tanzania in Dar-es-Salaam on Saturday will ensure Egypt finish top of Group G and qualify for the finals in Gabon next January.

It will be their first appearance since they won the last of three back-to-back Nations Cups in 2010.

Since then they have suffered calamitous qualifying setbacks and surprisingly missed out on the 2012, 2013 and 2015 finals despite having won Africa's top prize a record seven times.

The top team in each of the 13 qualifying groups plus the two best runners-up join hosts Gabon at the finals.

Algeria, Ghana and Senegal are also all one point away from securing a place at the finals as the penultimate round of qualifying is hosted from Thursday through Sunday.

Algeria play the tiny Seychelles away on Thursday without Riyad Mahrez, Yacine Brahimi and suspended striker Islam Slimani but are still expected to have far too much firepower for their island hosts and secure top place in Group J.

Ghana, who have Andre Ayew and his younger brother Jordan in their squad, will win Group H if they avoid defeat in Mauritius on Sunday.

Senegal have a 100 percent record in Group K and a draw away to Burundi on Saturday would ensure their progress. Cheikhou Kouayte captained the team last Saturday when they beat Rwanda 2-0 in a warm-up match with Sadio Mane leading the attack.

In Benin, the squad have been preparing since the start of the week for their key Group C qualifier at home to Equatorial Guinea, which is scheduled for Sunday but likely to be cancelled.

Benin were suspended by FIFA last month after a court ruling in the country blocked upcoming football federation elections.

Unless the vote is allowed to proceed the ban stays in place and Benin will effectively be disqualified from the qualifiers, handing leaders Mali the chance to go through from Group C.

"We are training as we would normally as if nothing has happened and the game is going ahead,' Benin coach Oumar Tchomogo told local reporters.

Morocco are the only team so far through to the finals and the majority of places in the 16-team finals will be decided when the last round of qualification is hosted in September.