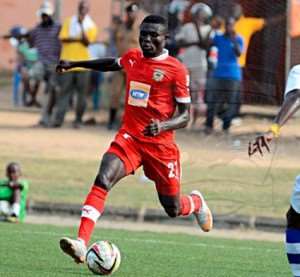 
Ex-Kotoko defender Kwabena Adusei has been linked with a sensational move to Medeama.

Multiple reports in Ghana on Monday has claimed the strong centre-back could stage a return to his former club.

Medeama have been less busy in the transfer market as the club has kept their potential deals close to it chest.

Adusei, 27, is reported to be interested in re-joining CAF Confederation Cup campaigners before the transfer window shuts on Monday night.