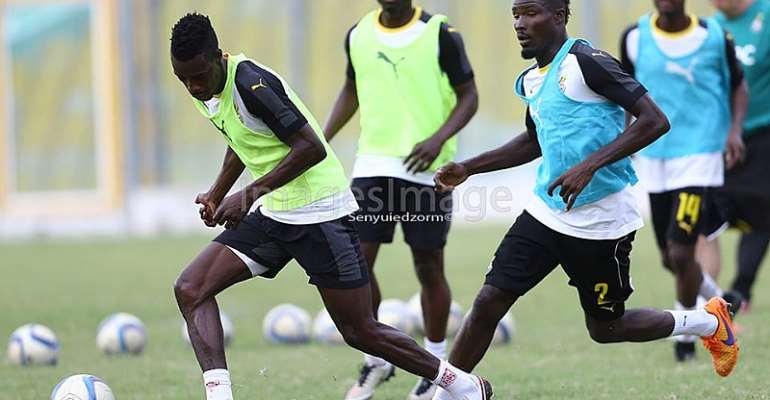 Head coach of Ghana's Black Stars Avram Grant has confirmed AshGold defender Kadiri Mohammed's call up was due to his impressive showing in the friendly against Japan's Olympic team.

The all out energetic defender earned his maiden call up for the AFCON 2017 qualifier against Mauritius.

Kadiri adds up to goalkeepers Fatau Dauda, Richard Ofori and winger Samuel Tetteh as the four home based players in the team.

Grant who took charge of his first training session ahead of the game against Mauritius yesterday says Kadiri caught his attention due to his display against Japan.

'Kadiri really played very well in the friendly against Japan and like I always say the team is opened to every Ghanaian,' Grant told reports after the training session

'We have some players missing and that is why its important to keep the core and give opportunities to others.'