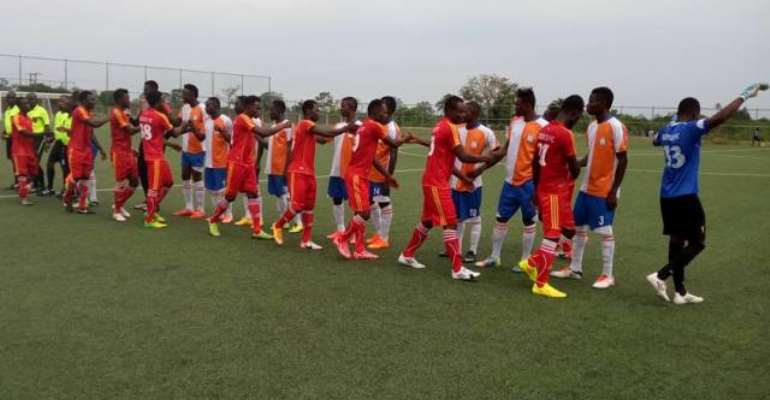 Two goals in each half from Raphael Ocloo and Joshua Djamgba was enough for Okyeman Planners FC to secure three points over Roberto FC at the Sogakope Park on matchday 13 of the 2015/2016 GN Bank Division One League (DOL).

Coach Edward Gallagher’s side (Okyeman Planners FC) neutralized an early pressure from the home side (Roberto FC) and countered them on the break resulting in taking the lead through striker Raphael Ocloo.

Back from the recess, Roberto FC unleashed lots of goal threatening attacks on the visitors, but central defensive pair, Joseph Mensah and John Abaidoo dealt with their questions excellently.

Whilst pressing high up field Roberto FC left their flanks open which Okyeman Planners capitalized to increase the lead to 2-0 through winger Joshua Djamgba to seal victory for the visitors.

This means that Okyeman Planners are second on the zone 3 league table with 26 points, two points less than leaders Great Olympics who are on 28 points.