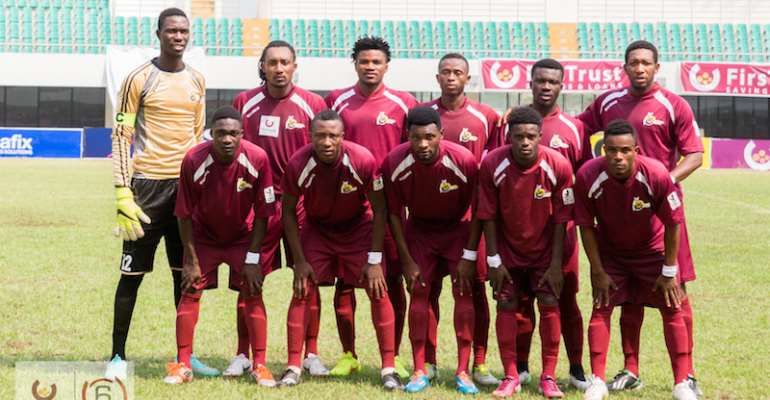 The first round of the Ghana Premier League will officially end on 05 June after Medeama cleared two outstanding matches.

On Wednesday June, 2016 Medeama SC will face Liberty Professionals in their Week 11 outstanding match at the Dansoman Carl Reindorf.

The Week 12 outstanding match between Medeama SC and Techiman City FC will also be played on Sunday, June 5 at the Tarkwa T & A Park.

All two matches were rescheduled due to Medeama's campaign in the CAF Confederation Cup.

Medeama, currently ninth on the table with 20 points, can move to fifth place on the league table if they win all two matches.