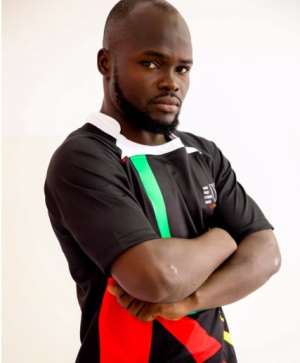 Sani Alhassan of Cosmos Buffaloes RFC was appointed as captain of the Ghana Rugby national team by the President, Mr. Herbert Mensah, and will lead the Ghana delegation to the Africa Rugby international men’s sevens tournament to be played in Lome, Togo on Saturday 28 May 2016.

The team departed from Accra on Thursday and will face Benin and Mali in Pool A of the tournament with the objective to proceed to the semifinals and eventually to clinch top honours in the tournament.

In Pool B Niger, Burkina Faso and Togo will compete with the first two teams in each pool proceeding to the semifinals.

According to the newly appointed captain of the Ghana Men’s Sevens Eagles, Sani Alhassan, the team is highly motivated and has one shared objective which is to triumph in Togo and to bring the cup to Ghana.

“Rugby is a relatively unknown sport in Ghana but all indications are that the sport will explode in popularity over the next few years because it offers players an ideal platform to build character due to the value system that underlies the sport,” Alhassan said.

The delegation to Togo also include the Secretary General, Bismark Amponsah, and Board members Steve Noi (Tournament Commissioner) and James Nunoo (Treasurer).