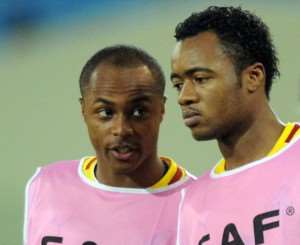 This evening's game is a testimonial match in celebration of Yobo's retirement and centenary appearance for the national team.

The Joseph Yobo Foundation organised the event in conjunction with the Rivers State Government to honour the player, who had a record 101 caps for the Super Eagles.

Coordinator of the event, Waidi Akanni, said on Thursday that all was set for the testimonial match.

'About 10 players from various parts are already in town. Tressor Lua Lua, the Ayew Brothers: Dede and Jordan, Sulley Muntari, are some of the players already in town. David Moyes and John Terry will arrive Abuja today en-route Port Harcourt. We are set for this big event,' Akanni said.