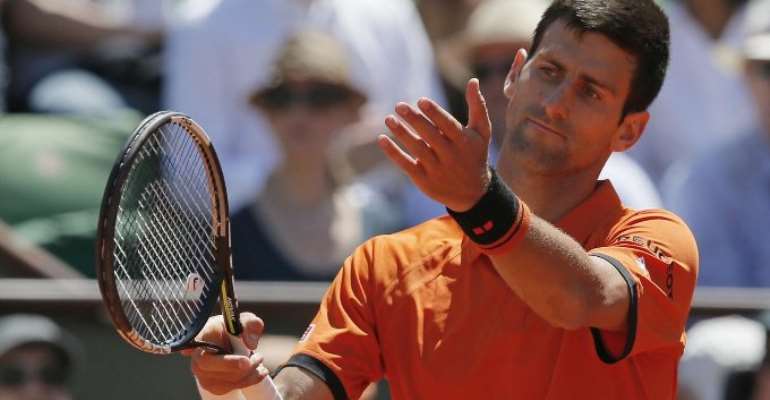 Novak Djokovic wasted a few opportunities but safely reached the third round of the French Open with a 7-5 6-3 6-4 victory against Belgian qualifier Steve Darcis on Thursday.

Djokovic dropped serve twice against the world number 161 but eventually his class told as he set up a third-round meeting with Brit Aljaz Bedene, who beat Pablo Carreno Busta 6-3 4-6 5-7 6-2 earlier in the day.

"I'm pleased to get the job done in three sets, but there were things that I definitely didn't like in my game today," said Djokovic. "Too many unforced errors from the first or second shot in the rally. But credit to Steve for playing a lot of variety and mixing up the pace.

"Very low slice. It's not easy, because he's very quick, and he anticipates the play very well."

The world number one allowed Darcis break backs in both the first and third sets in an uncharacteristically sloppy performance. Darcis clawed his way back into contention from 3-0 down in the first set before a loose backhand gave the Serb the first set. The second stanza was a far more straightforward affair as Djokovic claimed an early break before ruthlessly seeing it out. However, sloppiness again crept back into Djokovic’s game in the third.

The Serb led 2-0 but again allowed Darcis back in before rallying to take the third 6-4.

"Hopefully, that's not going to happen in the following rounds. The matches will get tougher, and it's kind of expected at the beginning that you are a bit rusty on the court, and hopefully things will get better," added Djokovic.