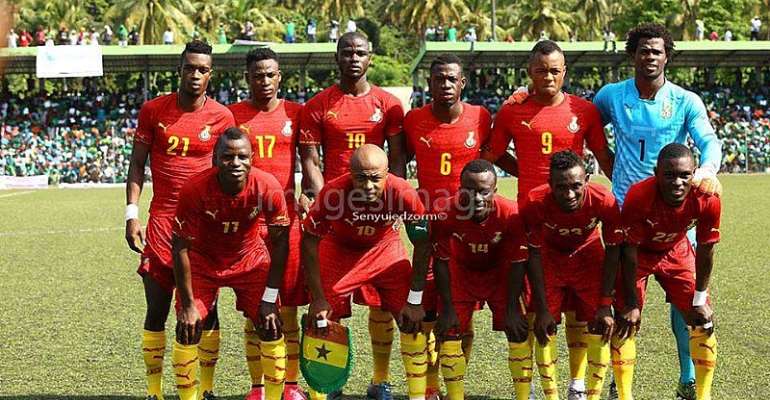 Black Stars coach Avram Grant also handed AshantiGold defender Kadri Mohammed his first call-up for the national team in the 23-man sqiad for the away match.

Captain Asamoah Gyan was excluded from the squad because of the injury he sustained while playing for his Chinese club Shanghai SIPG.

Deputy captain Andre Ayew returns to the squad after missing the previous match against Mozambique through injury and he will lead the team in the absence of Gyan.

Fatau Dauda is also a returnee after being dropped from the squad in the last game after Adam Kwarasey was recalled to the squad.

He will be helped in the department by first choice Razak Brimah and Richard Ofori.

All the key defenders Baba Rahman, Harrison Afful, Jeff Schlupp, John Boye and Jonathan Mensah are all part of the squad.

Mubarak Wakaso, Emmanuel Agyemang-Badu, Afriyie Acquah and Christian Atsu are all part of the squad with Partey seeking to fight for a place in the squad.

Jordan Ayew will partner his brother Andre in attack in the absence of Gyan as the Black Stars seek the win over Mauritius to clinch a place at the 2017 Africa Cup of Nations in Gabon.

What do you think about the Black Stars squad? Do you think the right players have been called? Make your views known in the box below: