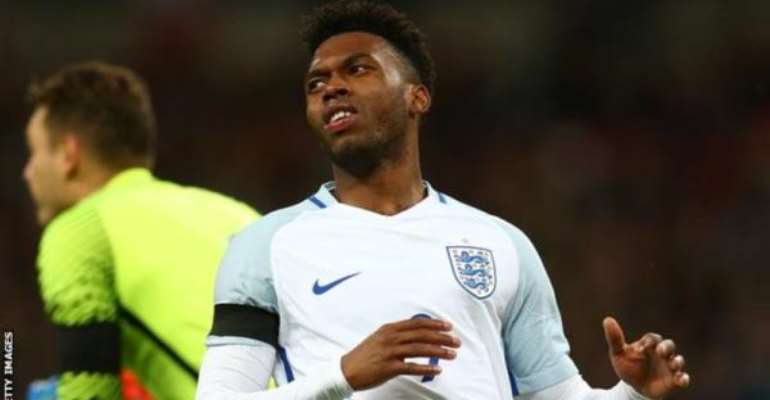 Striker Marcus Rashford is set to start England’s Euro 2016 warm-up match against Australia on Friday with Daniel Sturridge’s fitness in question after he missed training on Wednesday.

Sturridge, 26, who did not play in Sunday’s 2-1 win over Turkey, was sidelined with an unspecified knock.

The Liverpool forward has had an injury-hit season for his club.

“It is interesting because Sturridge is one of the players who Roy Hodgson said has a question mark over him,” said BBC Sport senior football reporter Ian Dennis.

“Rashford will play on Friday night. This raises the prospect of him maybe starting and does it then increase the chances of him going to Euro 2016?

“I expect Hodgson to be pressed on the fitness of Sturridge at his news conference on Thursday.”

Rashford, 18, scored eight goals in 18 appearances in his debut campaign for Manchester United.

Sturridge, who has five goals in 17 England caps, finished as Liverpool’s top scorer this season with 13 goals, despite missing much of the campaign through injury.

The striker, along with Liverpool team-mates Adam Lallana, James Milner and Nathaniel Clyne, joined Hodgson’s squad on Monday after playing and scoring in the 3-1 Europa League final loss to Sevilla.

Chelsea defender Gary Cahill, who had an injection in the days leading up to captaining England in the win over Turkey, also missed Wednesday’s session.

Jamie Vardy, who scored the winner against Turkey, was the only other absentee after being given time off to get married.

Leicester team-mate Danny Drinkwater was there for the ceremony but returned in time for training in Manchester, where Jack Wilshere and Jordan Henderson were involved as they looked to prove their fitness.

Midfielder Eric Dier says he does not consider himself a definite starter for England despite having featured in all of their last five games.

“I wouldn’t call myself a key member but it’s been a crazy 12 months for me,” said the 22-year-old, who helped Tottenham finish third in the Premier League.

“It’s been a great 12 months and I’m really enjoying every minute of it. Hopefully I can repay the manager’s faith and keep improving.”

My England starting XI
Who do you think should start at Euro 2016? Step into Roy Hodgson’s shoes and pick your XI – and then share it with your friends using our brand new team selector.