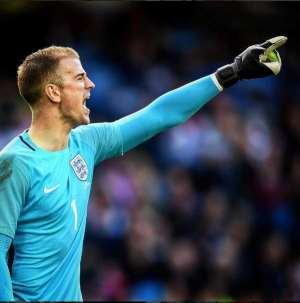 In a short video interview, Basiru popularly known as Kofi chose Joe Hart as his role model as he aims at becoming a great goalie.

Luckily for Kofi, the person who recorded the video is a friend to the Manchester City safest pair of hands and showed the video to the him.

Joe Hart after listening to the boy wished him well and urged him to strive hard to realise his dream.

"I want to be a goalkeeper like Joe Hart," Kofi said in the video.

Responding to the video, Joe Hart said "Hi Kofi. I am Joe Hart. It's good looking after your mum. I will be looking up to you and hopefully you will be a great goalkeeper one day."

Kofi is set to be spurred on by Joe Hart's words to aspire to reach his dream.

If Nana Addo has brought Free SHS, what else can't he do for...
48 minutes ago